I couldn’t resist the title once I’d had a good look at the butterfly proboscis and seen its resemblance to the mainspring of an old-fashioned pocket watch. For those not in the know, it’s a reference to Richard Dawkin’s book The Blind Watchmaker on the evolution of complex structures in living organisms, particularly the mammalian eye.

A while back I bought a slide of the butterfly tongue or rather proboscis, by the firm of Norman, founded by J. T. Norman in 1846 and subsequently carried on by his son Alfred until well into the 1930s. The slide was rather dusty and unloved looking, but after a quick clean and cursory viewing, I set it aside as definitely worthy of a proper study.

All pictures were taken with a Canon EOS 40D mounted on the front SLR port of a Nikon Diaphot inverted microscope. This port receives an image from the objective via a ×2.5 photo eyepiece incorporated into the body of the microscope. The microscope has a rather tired LWD phase/DIC condenser with DIC prisms for ×10 and ×40 LWD DIC objectives and clearly had a long and trying former life in the hands of numerous graduate students in an electrophysiology lab before I bought it in a non-functioning state from a junk dealer and with some professional help fixed it up.

I first looked at my butterfly proboscis slide using a ×4 0.13 Plan DL objective. It’s easy to get a nice dark-ground image with this low-power objective and this was the result: 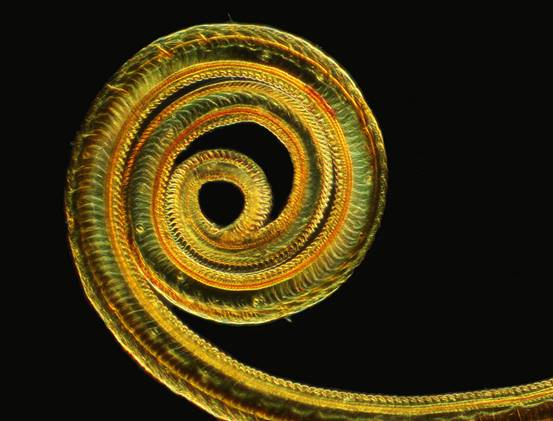 The simple ×4 bright-field image was a bit disappointing, but dialling in the ×10 DIC prism and fiddling with the analyser rotation produced that nice oblique effect that can sometimes be produced with a non-DIC objective in a DIC setup, which Graham Matthews has called variable oblique illumination, VOILA. 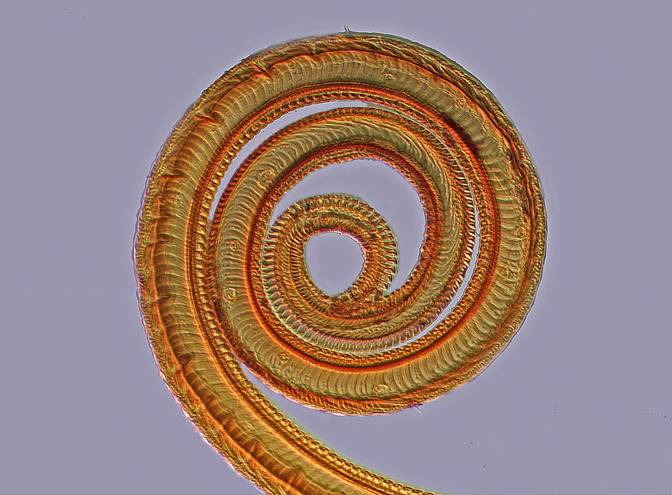 These two unstacked pictures were enough to convince me that a stack with the ×10 0.25 Plan DIC objective would be worthwhile. This is a stack of 22 images at 10 micron intervals stacked with Helicon Focus: 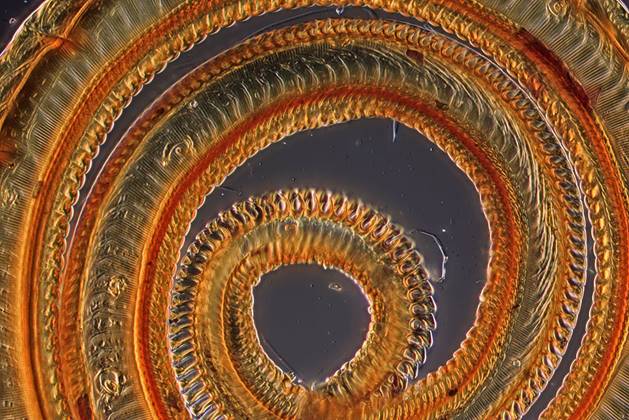 The detail in this stacked image in turn persuaded me that a full stack and stitch panorama was in order. I took 11 stacks each of between 16 and 22 images (195 images in total) and combined the individual processed stacks with Microsoft Image Composite Editor. The resultant composite image was cleaned up in Photoshop Elements 7. 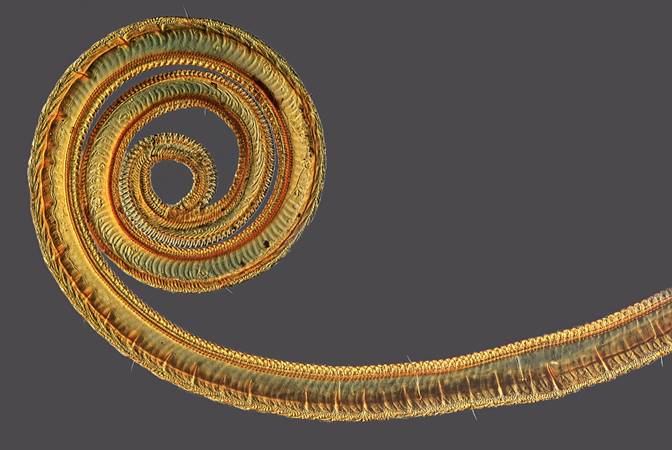 The structure of the butterfly proboscis is a complex tube comprising two halves that are zipped together shortly after the butterfly emerges from the pupa. The butterfly uses the resulting muscular tube to suck up liquids driven by a combination of capillary and pumping action inside the head. The initial uptake of fluid into the tube seems to be driven by capillary action in the tortuous channels at the end of the proboscis. For more information, see Butterfly proboscis: combining a drinking straw with a nanosponge facilitated diversification of feeding habits.

In my slide the two zipped halves have been peeled apart and the image as captured is looking down on one half. For comparison I made a 3D version of a similar part of my image using the Helicon Focus 3D function. As this is not the ‘Pro’ version of Helicon, the image contains a Helicon branding logo. Similar features can be seen and the section of the central tube is easy to spot. 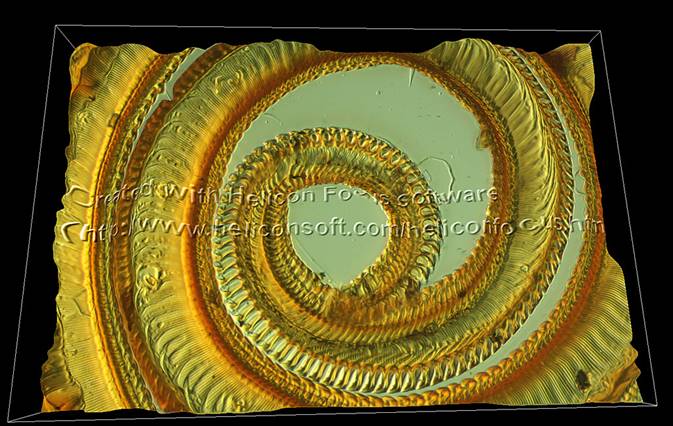 A cross-eyed stereogram version of this image gives an even better sense of depth: