Mention fossils and most people will think first of dinosaurs, and then perhaps of fish or trilobites. Their hard remains of bones and shells survived long enough to become fossilised, and plants are generally soft so it is surprising that there are also fossilised remains of plants.

The smallest plant fossils are pollen grains, which are surprisingly tough and have survived in the fossil record to provide an indication of the plants found in prehistoric environments; they are usually observed with an electron microscope. The largest plant fossils are tree trunks.

Black coal is the fossilised remains of forests, but rarely contains anything of interest to microscopists. However, the lower grade brown coal (also known as lignite) that is burned in power stations to produce electricity was formed from peat and can contain recognisable plant material. The coal has to be cut and ground to produce a very thin section, so thin that light can pass through it, and this operation requires considerable skill. 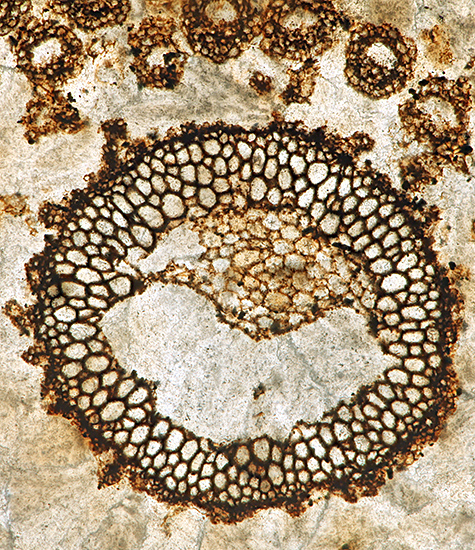 Rhynie chert is an Early Devonian sedimentary deposit (a type of rock) found near the village of Rhynie in Aberdeenshire that is famous for its very early plant content and for the exceptional state of preservation. The deposit is around 410 million years old. To appreciate the details under a microscope, a very thin section has to be cut and ground. 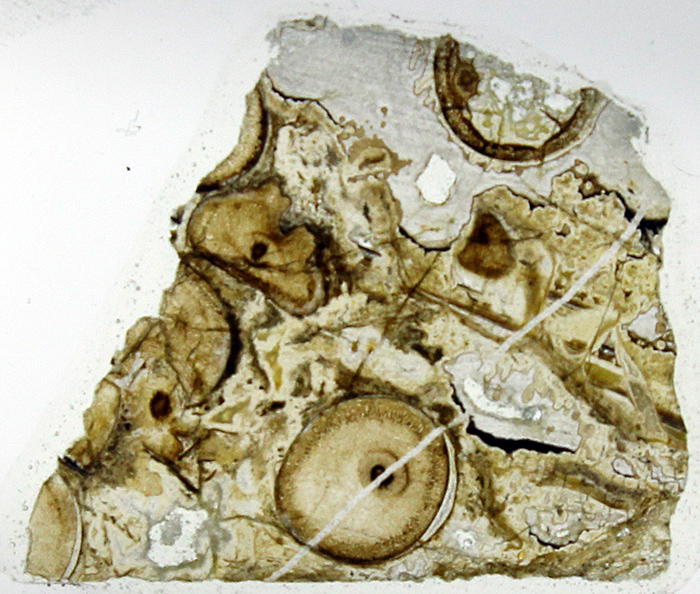 Section of Rhynie chert mounted on a slide 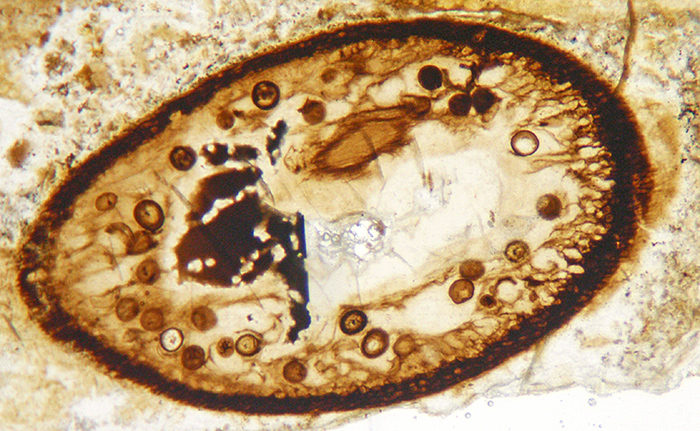