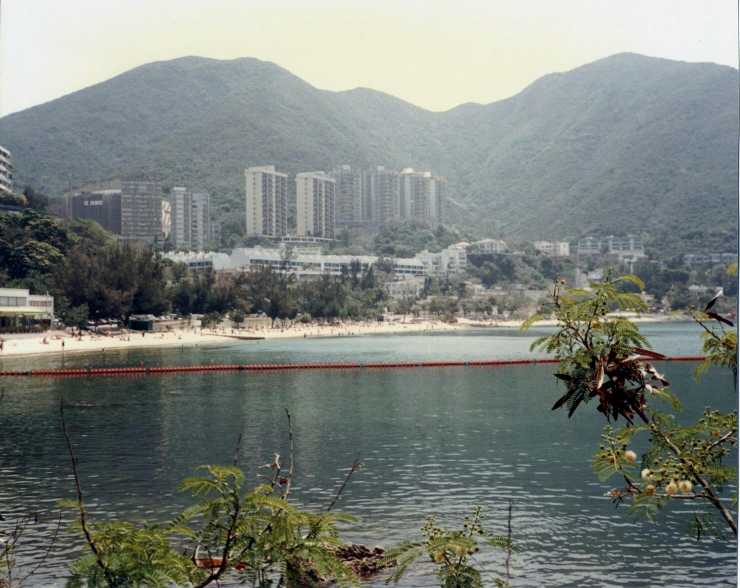 The rocks around the Repulse Bay area, Hong Kong, are volcanic in origin and rhyolite in composition. Various rock samples were taken from different locations around the area and were petrologically analysed. The rock samples were sliced into thin sections and examined under a petrographic microscope to determine their composition. It is thought that, in the Jurassic age, about 175 million years ago, the area was once a site of a large volcano.

Previous researches of the geology of Hong Kong such as Davis (1952) and Allen & Stephens (1971) have considered that the Repulse Bay rocks are acid-volcanic rhyolite (see Glossary of terms cited) in composition. The rocks of nearby offshore Lamma Island are considered granitic. All the rocks of the area are considered Jurassic in age, which is about 175 million years ago (Davis, 1952). This study sought to confirm these findings.

All rock samples were labelled, packaged, and made into thin sections. Thin sections are wafer-thin slices of rock, glued onto glass slides that can be viewed under a petrographic microscope to determine the composition. Photographs of each rock thin section were made using this petrographic microscope. These photographs of the rock composition were then identified by comparing them to similar rock thin-section photographs found in a textbook of igneous rocks (Mackenzie et al., 1982). The comparisons were made by comparing the shape, size, and colour under different types of light, of the crystals of the thin sections. For example, dolerite forms long, narrow crystals that appear mainly black and white under plane-polarized light (below, left), and blue, purple, and orange under crossed polars (below, right) 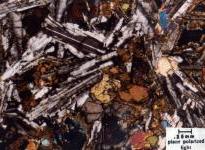 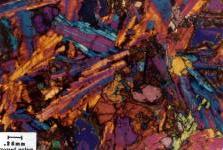 It is considered that the collected rock samples are representative of the exposed rock around Repulse Bay.

It was noted that there was a great similarity in all the samples, except for certain samples obtained from the shoreline at South Bay beach and Lamma Island. The major difference between these samples was that of colour. It is considered that this colour difference is due to weathering. Under the petrographic microscope, the rock thin section samples appeared similar, except for the dolerite and granite samples from Lamma Island and one granite sample found on South Bay beach (below). 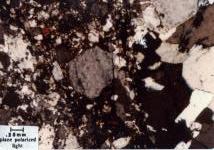 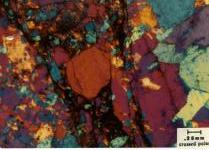 From the evidence obtained from the petrographic examination of rock thin sections, it was determined that all the rock samples, except three, were similar, and that these rocks were acid-volcanic in origin and rhyolite porphyry in composition, which confirms the findings of Davis (1952). Of the three different samples, one from Lamma Island and one from South Bay beach were granitic, and the third also from Lamma Island was a dolerite. The granitic beach sample may have been swept by storm waves from a different area and deposited on the beach. Therefore, this study confirms the previous work of Davis (1952) and Allen & Stephens (1971) that the rocks of Repulse Bay are volcanic in origin.

Figures below: Petrographic technique: micrographs are taken at 90° to each other in crossed-polarized light of the same specimen 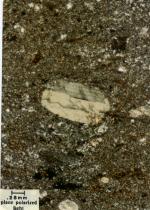 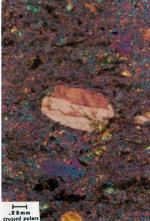 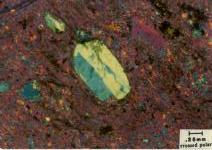 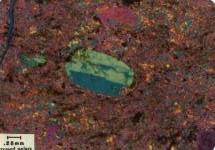