A little while ago, Ken Jones brought along a most unusual object he’d found in the Basingstoke Canal. In 35 years of looking at freshwater fauna, I have to admit that I’d found nothing quite like it. I puzzled over it for a while and then had a stroke of inspiration: I believe it’s a freshwater sponge gemmule.

I quote from the article in Ward & Whipple’s Freshwater Biology, 1959 edition, by Minna Jewell:

“The Spongillidae are usually characterised by their fresh-water habitat and the formation of peculiar reproductive structures known as gemmules… The sponge gemmule consists of an inner protoplasmic part surrounded by one or more membranous coats. Outside of this there is usually a pneumatic coat or granular crust which often acts as a float, in which the gemmule spicules are wholly or partially imbedded. In most gemmules there is an opening through the wall to allow the escape of cellular material. At this point the membrane usually extends through the crust forming a foraminal tube, which may, or may not project beyond the outer surface of the crust.” 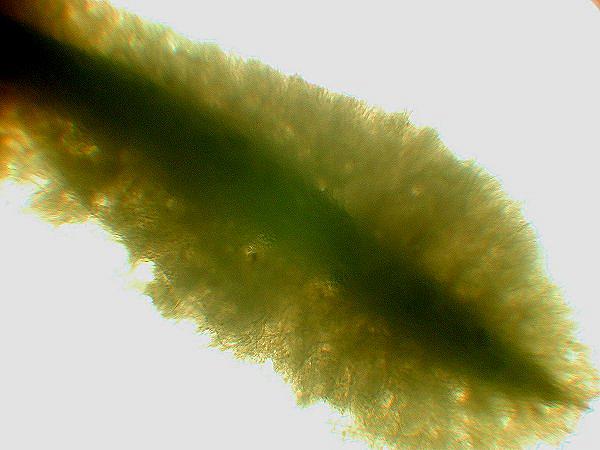 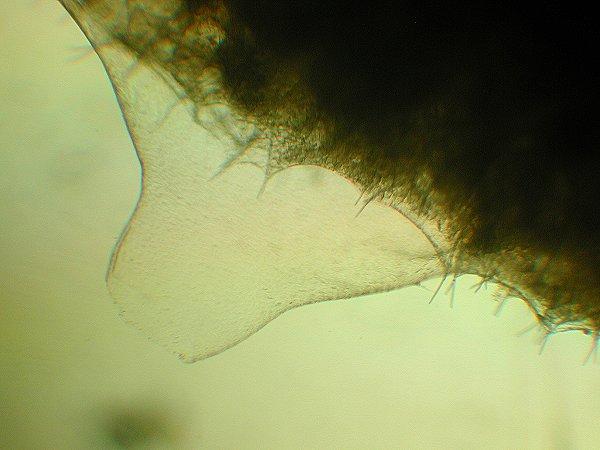 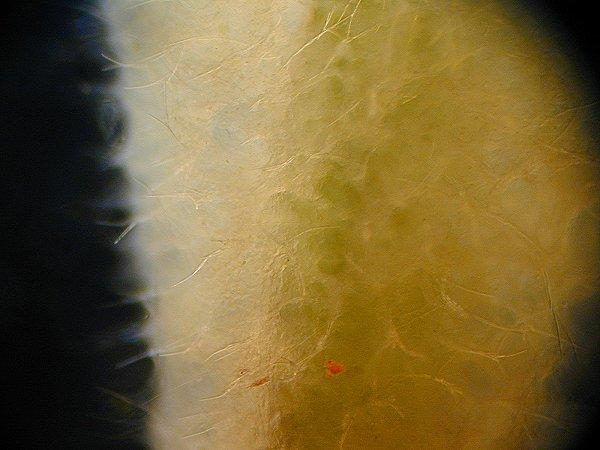 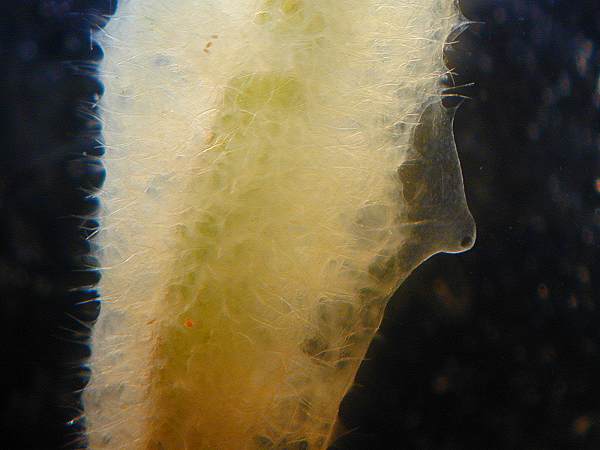 Finally a nice shot of the pore in the membrane. Under dark-ground illumination, a strong flow of water and particles can be seen issuing from this.

If anyone has any comments or reason to disagree with my identification, please let me know.