There is certainly much to discover and to delight in through investigating any organism, of whatever size, under a microscope, or even a magnifying glass. The surface of a leaf, the head of a wasp, scales on a butterfly wing, are just as amazing today as when they were marvelled at by the first users of microscopes in the sixteenth century. Then, of course, some macroscopic organisms have microscopic parts or life stages – think of seeds, spores, eggs and larvae.

There really is no shortage of subjects: life is all around us – we just have to look for it. Microscopic life, that is single and multi-celled organisms under about 2 mm in size, is naturally not always easy to spot – it may be a tiny hint of movement in a clump of moss that reveals the presence of a nematode or water bear. In other cases a trawl with a plankton net may yield up a teaming mass of crustacean larvae or rotifers.

Many microscopic organisms have an aquatic habit, either freshwater or marine. But this extends to include temporary puddles and damp moss, lichen or soil. Don’t forget that microscopic life can be found on or even inside other creatures and plants.

All of the organisms can be studied alive. Very active ones may need to be held in a compressorium or live box, or anaesthetised in some way. Some will need to be preserved and mounted as slide preparations in order to fully discern their structure but some will not preserve at all well (e.g. some Protozoa and bdelloid rotifers).

It is no sin to be a dabbler and take a general interest in microscopic life; delighting in finds that come your way – either from field collecting or through purchasing prepared slides. However, you may find that you are attracted to a particular group, or groups, of organism and wish to study them in some depth. It is a fact that amateur experts can make valuable contributions to scientific knowledge (and many examples can be found in the pages of the Quekett Journal of Microscopy). Simply by sending in periodic records of organisms from a single locality can help increase knowledge of under-recorded groups. Contact your local Wildlife Trust or Local Record Centre for advice. Obviously finds need to be accurately identified and some species will be easier to identify than others! – but there are usually experts, either within the Club or online on such sites as NaturePlus at the Natural History Museum (www.nhm.ac.uk/natureplus/community/identification) or iSpot (www.ispot.org.uk) who are willing to help with verification. Of course there are also many reference books and identification guides available – The Club’s library has a good selection.

Here is just a small selection of microscopic organisms:

Protists, or Protozoa, are single-celled organisms found in a variety of habitats but principally associated with aquatic environments, from freshwater ponds and the sea, through to the stomachs of many insects and mammals where they are essential to the breakdown of foods. Protist cells are easily studied under compound light microscopes and show an amazing diversity of structure; several good books are available to get the beginner started in studying and identifying Protozoa. 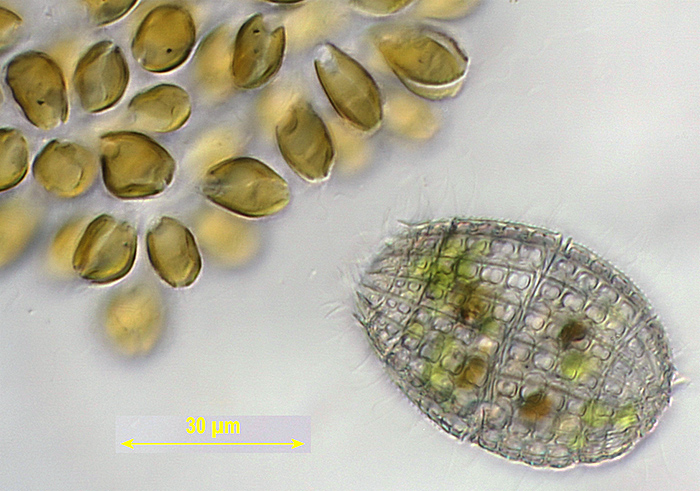 Some of the most beautiful microscopic organisms are algae, which occur as both multi-celled ‘strands’ such as Spirogyra, or as single cells. 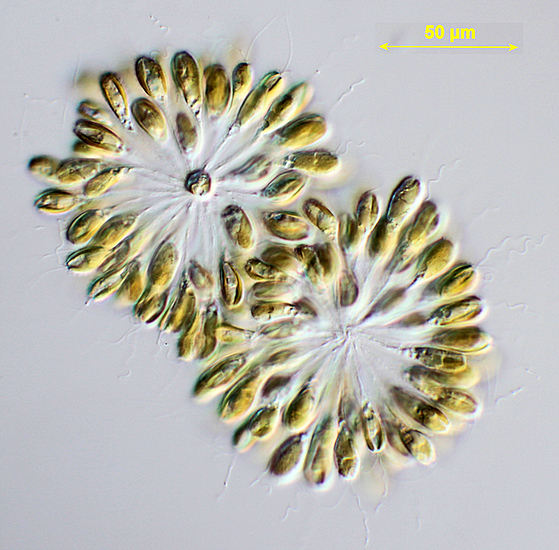 Two of the most interesting groups are the diatoms and the desmids. Diatoms are single-celled algae that secrete intricate silica cases which survive long after the cell has died. These exquisite cases have been a favourite subject for microscopists since Victorian times (when they were first used to test the quality of microscope objectives), and the Quekett Club has many specialists who work exclusively on diatoms.

Biddulphia sp., a diatom from Mauritius

Desmids are single-celled green algae that are laterally symmetrical and widely distributed in fresh waters; again they attract a dedicated band of specialists.

Amongst the animal groups, the rotifers were originally called ‘wheel animalcules’ due to their crown of cilia (hairs) that beat in unison and appear to be rotating like a wheel. Rotifers are multi-cellular with simple organs but occur in a wide range of body shapes; they can be found in freshwater and other damp environments like mosses. 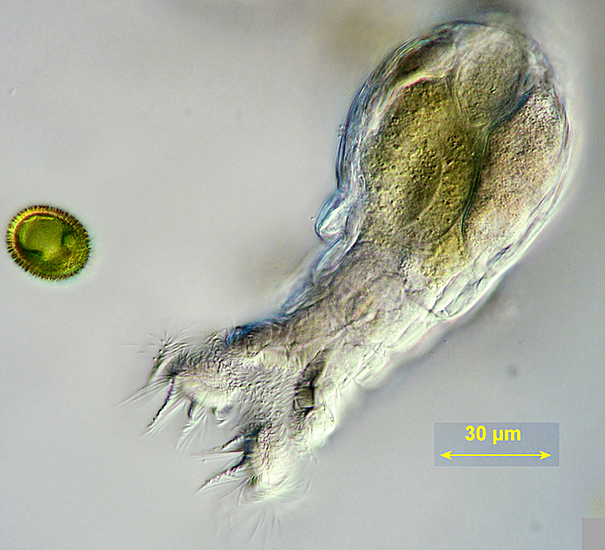 One member of the Quekett specialises in bdelloid rotifers.

Unlike the rotifers which have many specialist workers worldwide, gastrotrichs (or ‘hairy stomachs’) are studied by perhaps less than 10 people (professional or amateur) worldwide and thus provide great opportunity for new species to be discovered. They occur in the muds and sediments of aqueous environments, and ponds in particular.

The water bears, or tardigrades, are an enigmatic group that possess both helminth (worm-like) and arthropod characteristics and have consequently been placed in their own separate phylum. In appearance, they look like small slugs but have four pairs of stumpy legs bearing claws, often eyespots and a distinctive piercing mouth apparatus which they use to feed from moss cells or graze bacteria. Over 1,000 species are known, and they occur worldwide in mosses, lichens and sediments.

Anyone who has looked closely at pond water, even with the naked eye, will be familiar with the copepods and Cladocera, two of the main ‘microscopic’ crustacean groups. The copepods, of which Cyclops is a well-known example, are energetic swimmers whilst the Cladocera, such as Daphnia, have a slower flea-like swimming motion hence their common name of water-fleas. Both groups are easy for the amateur to work on, with a number of identification keys available. 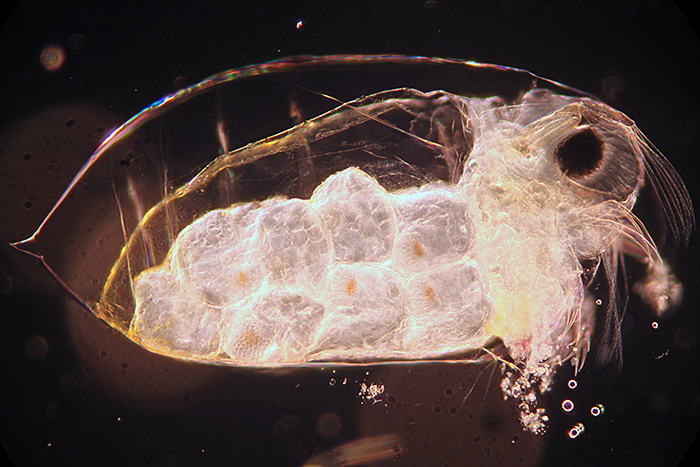 Bryozoans, or moss animals, are colonial animals that use their tentacles to catch food particles in water. They live in freshwater and marine habitats, attached to substrates such as rocks, timber and algae.

Video of freshwater bryozoans [by Tony Pattinson]
Click the arrow key to start the video; click the icon to the left of “vimeo” to see a full-screen version

Of course, there are many more groups of microscopic life, present in every habitat on earth; the microscopist never runs out of things to look at! The Quekett Microscopical Club brings people together who study these organisms in all their forms, and also helps specialists achieve the best results with their microscopes, micro-technique and photomicrography. Join us today to become part of this community.