Members can read reports of several of these meetings in the Meeting reports archive.

The meetings included lectures, gossip and lunch, and many of the regulars were disappointed when they were discontinued.

Maurice Moss lecturing at Cobham in 2014 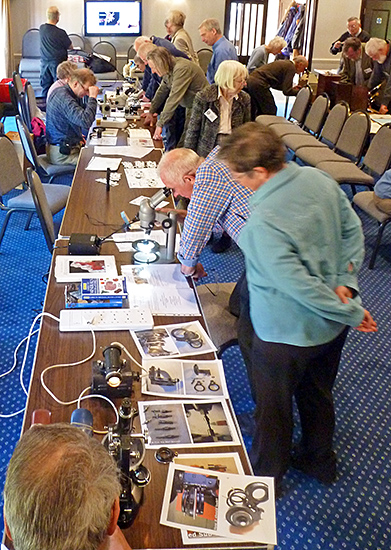 Table of exhibits and demonstrations at Cobham in 2015 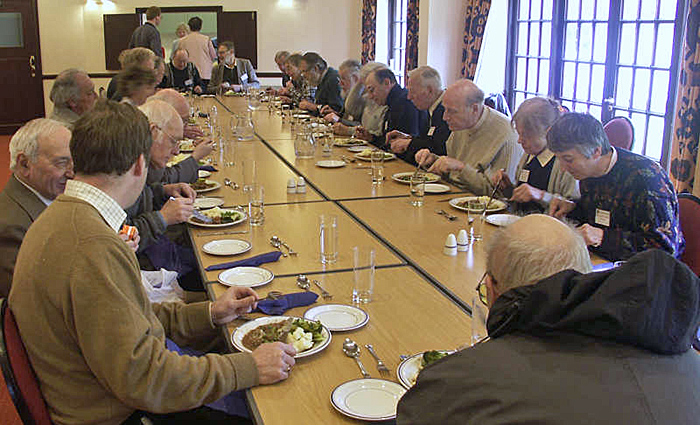