This was the second of a series of full-day meetings in the Home Counties that we hope will encourage more members to attend face-to-face events because they will not have to travel into central London. It was held in The Heritage Room in the Wat Tyler Centre at the Wat Tyler Country Park in Pitsea, Essex, a new venue for us.

The meeting started with a talk by Bill George, “The Essex Field Club – Past, Present & Future”. The Club has its headquarters in the Green Centre in the Country Park, where its extensive archives and collections are stored. It has a website, and its publications include a newsletter and a journal. Its members include several recorders who compile and maintain detailed records of Essex flora, fauna and geology, and the Club has a large database available through the Essex Biological and Geological Records Centre Service. 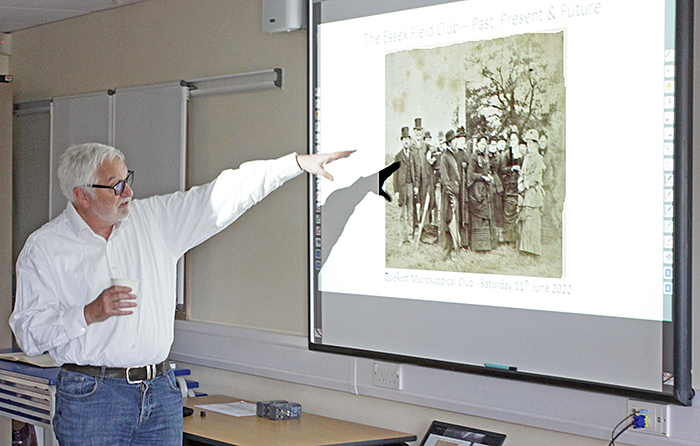 Robert Ratford showed us previews of 3 PowerPoint presentations that he is working on, one of Cladocera set to music, one of Klaus Kemp slides set to music, and an introduction to social media to try to persuade more Quekett members to follow us on Twitter (Quekett Microscopy) and participate in our Facebook group (QuekettMicro). 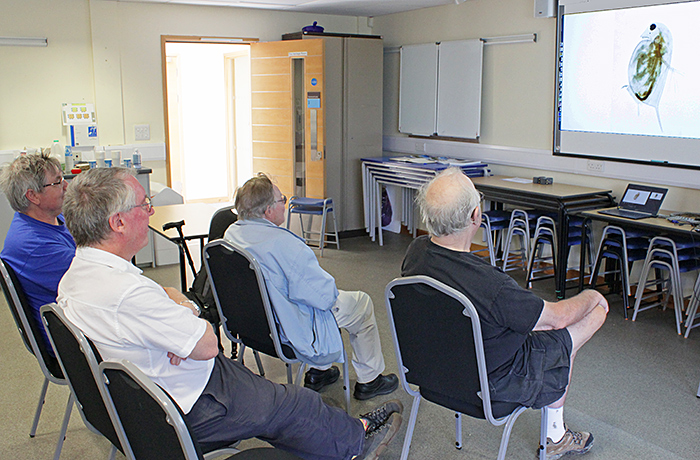 Gordon Brown gave us an introduction to Micam 3 and showed us how easy it is to add scale bars and annotations to photomicrographs. The program works with many cameras, including webcams, USB cameras and Canon EOS digital SLRs. It was written by Marien van Westen and is free of charge with an option to make a donation. 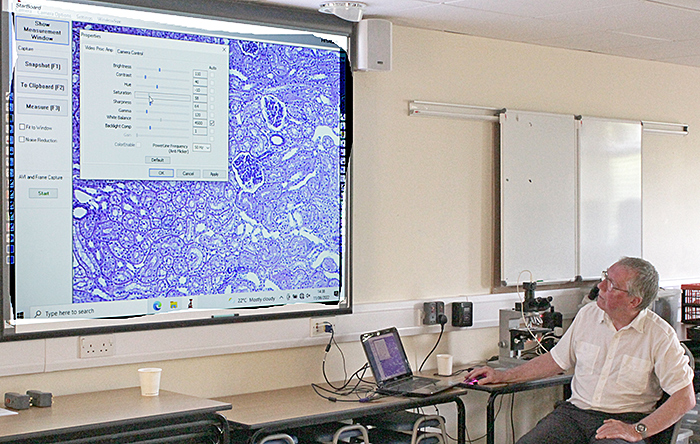 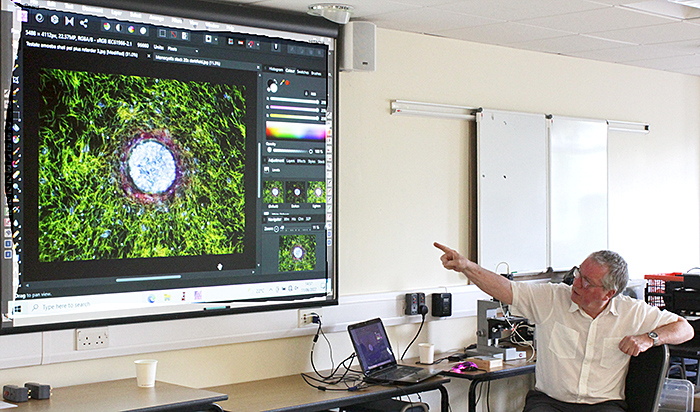 There was some confusion as to whether or not we had permission to collect in the Country Park, which is an SSSI. To avoid any problems, we drove to the marina just outside the Park and collected from the muddy banks of Vange Creek. 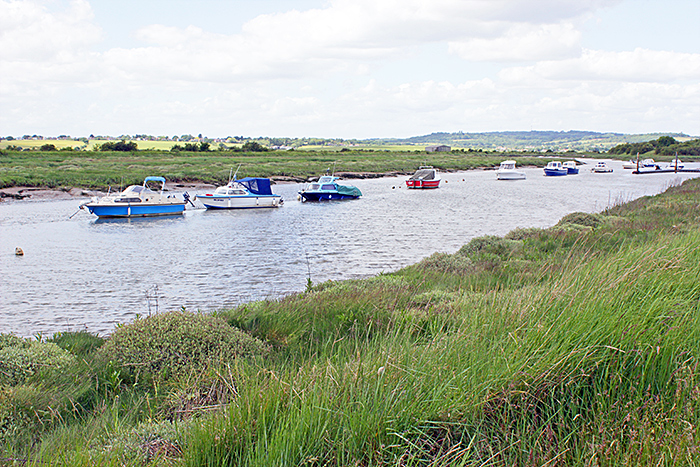 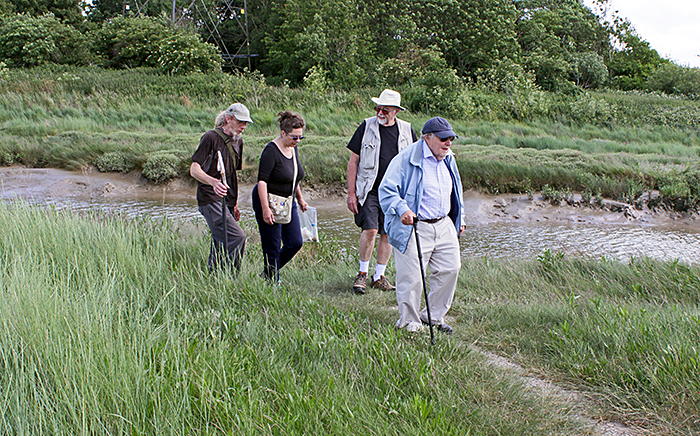 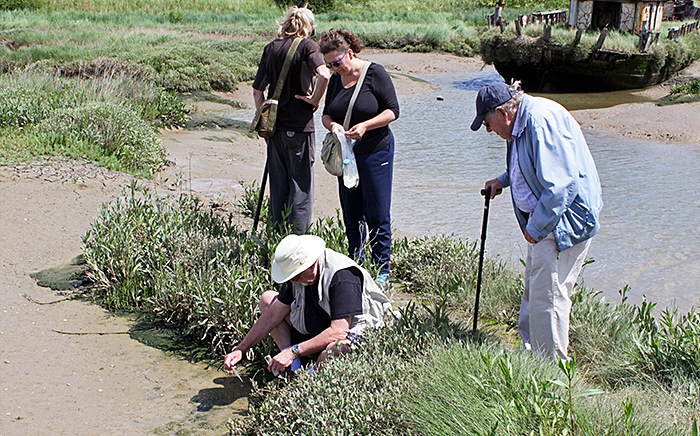 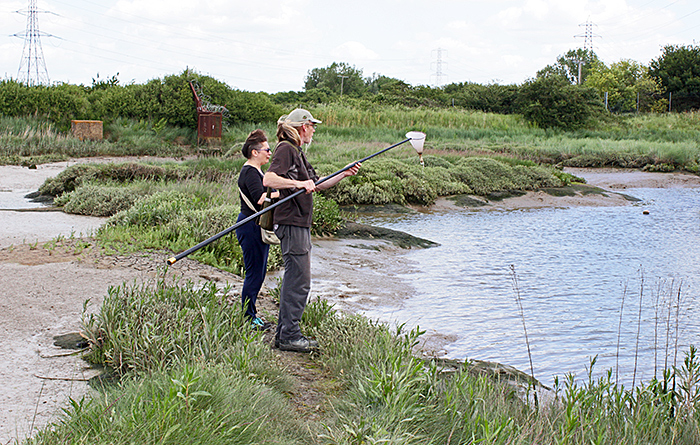 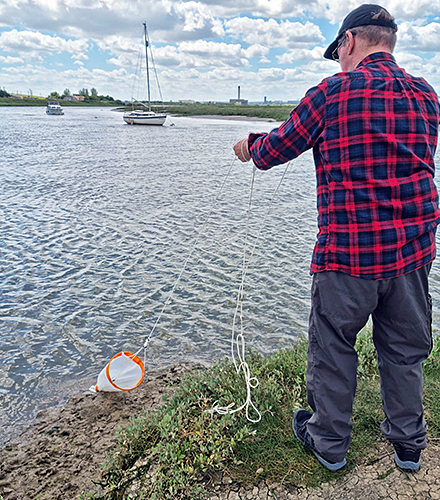 No Quekett meeting would be complete without gossip, and this one was no exception. There was lots of discussion of the best cameras to use for photomicrography, how to choose a suitable one from the confusing range of Chinese ones on eBay and AliExpress, and how to make sure that what you see through the microscope or on a monitor is accurately recorded on a computer. 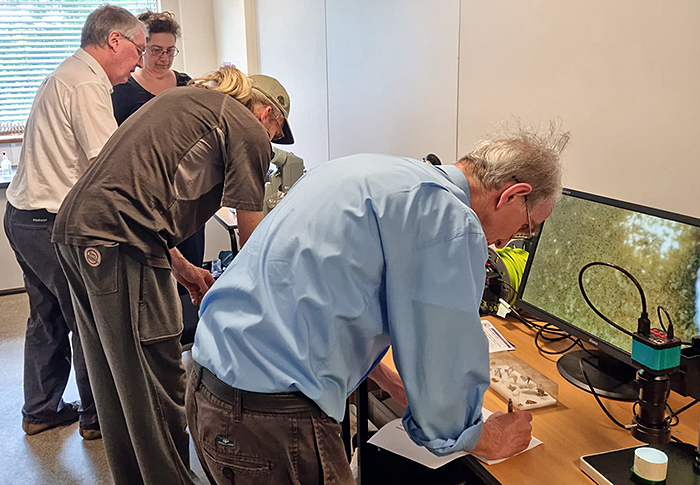 Lisa and Nigel Ashby showed two Watson 5:1 Zoom Stereomicroscopes, one complete and fitted with a gliding stage, and the other with the covers removed so that we could see how the two groups of lenses moved up and down and nearer or closer to each other when the Zoom knob was turned. 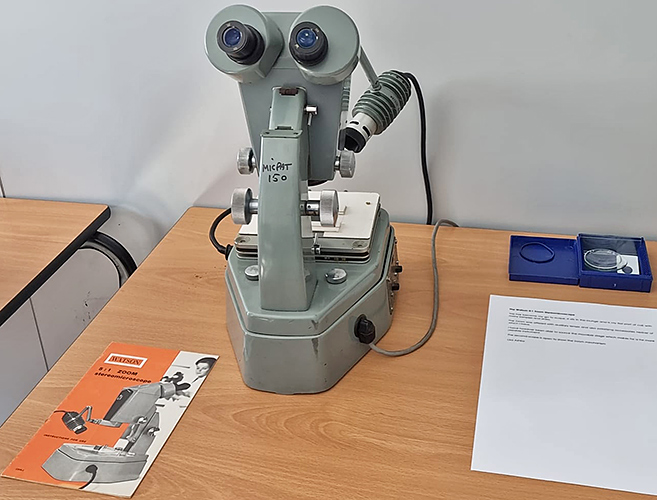 Lisa would love to get some of the supplementary objectives and the polarising accessories, so please let her know if you can help.

Lisa also showed a miniature pooter, made from the extraction buffer tube from a Covid-19 antigen test and a length of clear plastic tubing.

Lisa also brought the Club’s Chinese inspection camera and iiyama monitor and used them to look at butterflies and moths and at samples from Vange Creek. There was not much life to be seen in the samples, just a nematode and an arthropod with lots of dirt attached.

Gordon Brown brought his trinocular Leitz Dialux microscope for looking at histology slides, his Meiji EMZ stereomicroscope with a transmitted-light base, some USB cameras and adapters (including some very heavy camera adapters that he obtained from Peter Evennett), some books, and lots more. 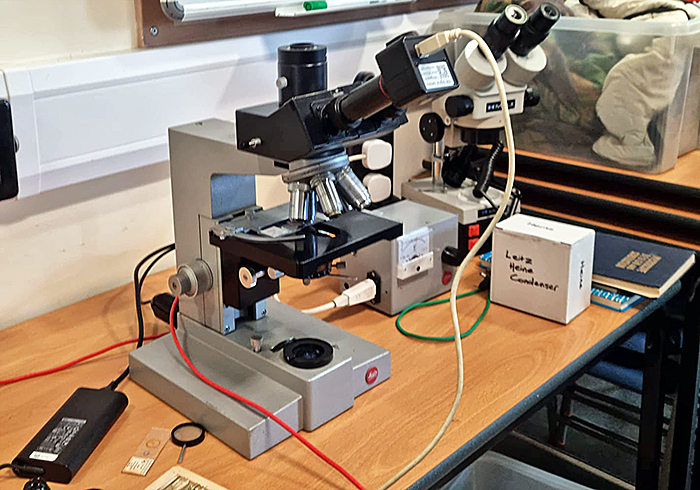 Steve Durr brought his trinocular Leitz Dialux 20 EB microscope fitted with a TrueChrome Metrics camera. He used them to examine some prepared slides and the material collected from Vange Creek. 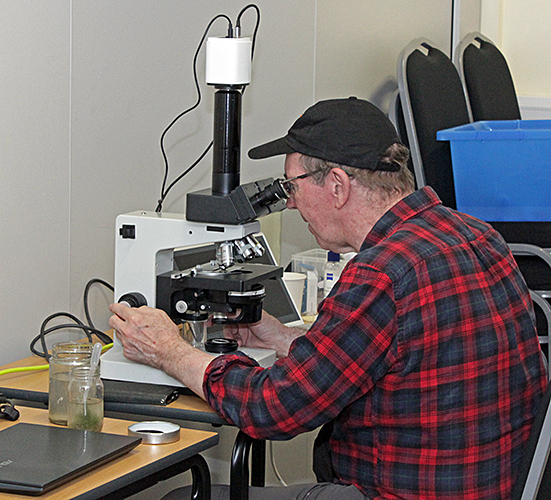 Alan Wood was intrigued by the name of one of the Club’s followers on Twitter, Moss Safari, so he found the matching Moss Safari website produced by Andy Chandler-Grevatt. The website includes a procedure for collecting and soaking moss and then squeezing it and filtering the water before putting a drop on a slide. Alan collected moss from his garage roof 2 days before the meeting, soaked it, and brought it to the meeting. 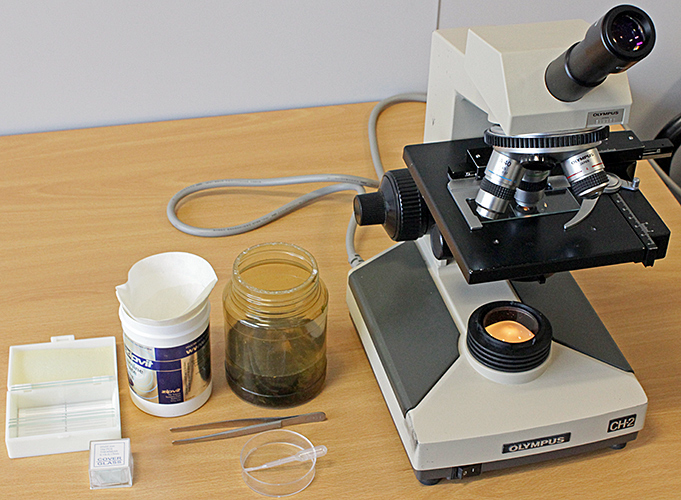