This was our first visit to the Grove Park Carnival, an annual event in Chinbrook Meadows in south-east London, which included lots of stalls, a dog show, a funfair and a parade. Lisa and Nigel Ashby, Paul Smith and Alan Wood shared the Thames21 area of the Friends of Chinbrook Meadows tent, where they set up several battery-powered microscopes and used them to show invertebrates collected from the River Quaggy. 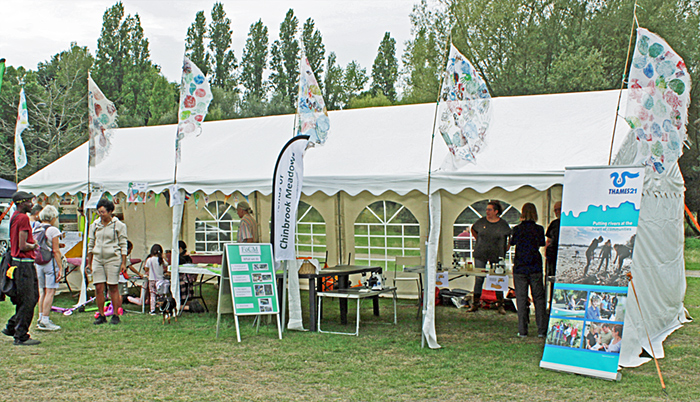 The river is small and runs through the park, with 2 shallow overflow areas. The river dried up during the drought and had only recently started running again. The water in the main channel looked clear, but the overflow areas were stagnant and covered in scum. Nigel Ashby used a net on a long telescopic pole to sample the river and the overflow areas, and found plenty of invertebrates. 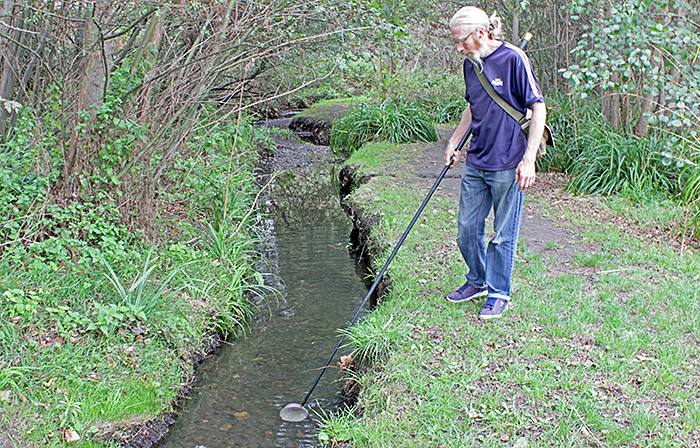 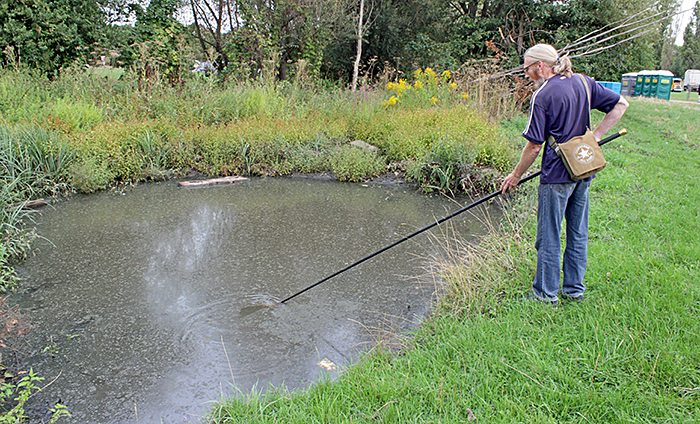 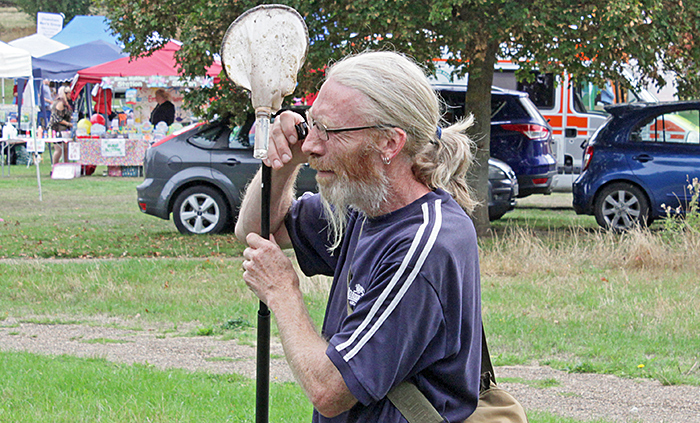 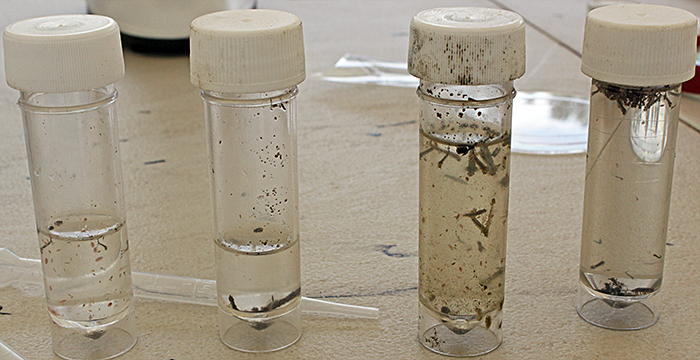 Samples from the River Quaggy

We knew that electricity would not be available, so we brought small battery-powered microscopes, including simple stereomicroscopes, the (sadly discontinued) Natural History Museum Pocket Microscope, a small compound microscope and a Telmu inverted microscope. 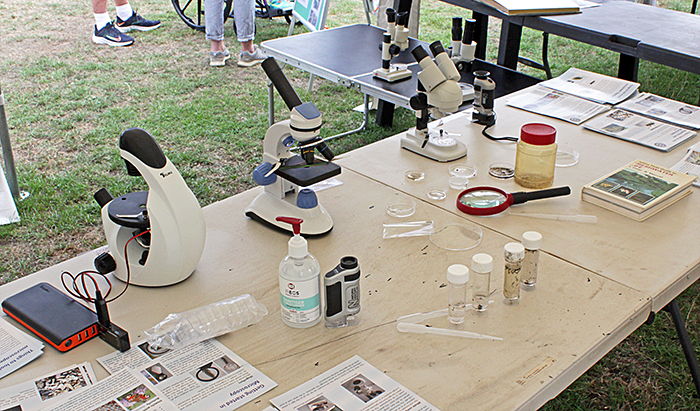 The main table was too tall for most of the children, but one of the tables had telescopic legs and made some of the microscopes more accessible. 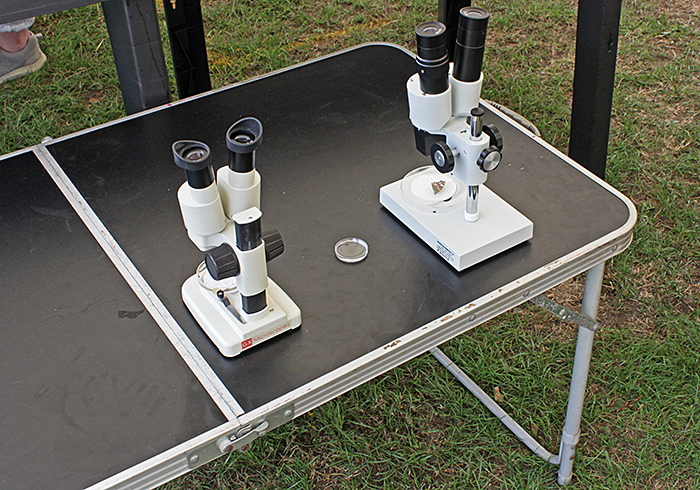 Small microscopes on a low table

The specimens included mosquito larvae and pupae, freshwater shrimps (Gammarus), freshwater lice (Asellus), water fleas (Cladocera), copepods, a couple of bloodworms (larvae of non-biting midges, Chironomidae) and some small mayfly nymphs. The water fleas were pink, so they were probably Daphnia, which produce haemoglobin when the dissolved oxygen in the water is low. We used pipettes to transfer specimens to small Petri dishes for viewing under the stereomicroscopes or to microscope slides.

We had lots of visits from families, mostly with quite small children, and gave away lots of Fresnel magnifying lenses and leaflets on what to look at with microscopes, including the latest one on pond life. The leaflets are available as free PDFs from our Downloads page. 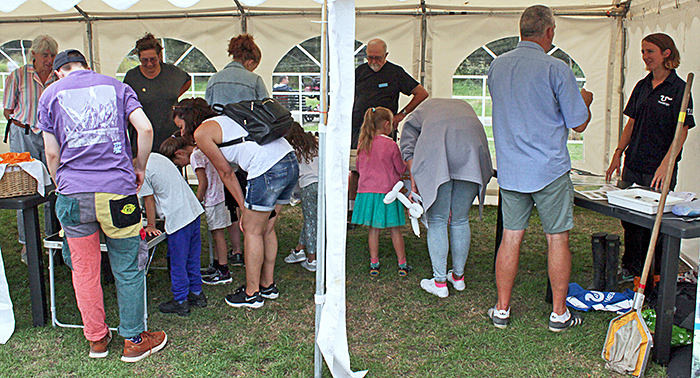 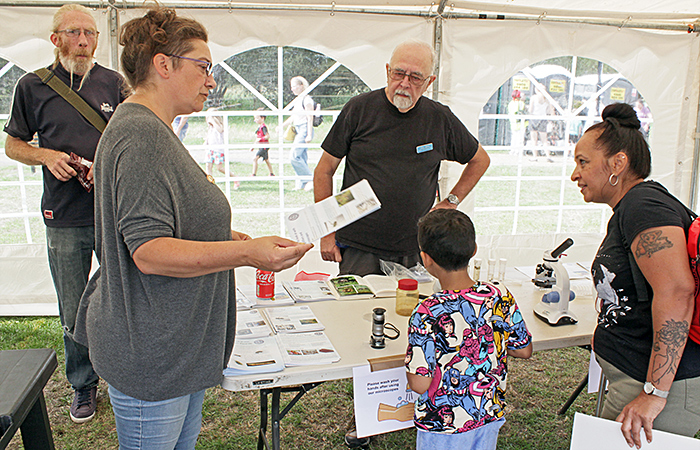 Thames21 is an environmental charity that works with local communities to improve the River Thames and its tributaries (which include the River Quaggy) for people and wildlife. They invited the Quekett to share their stand at the Carnival.

Philippa Nicholls explained to visitors the Thames21 plan to improve the quality of the water in the river by diverting it through a proposed wetland area with shallow pools with reeds that will clean the water and create a habitat for marginal plants and wildlife. She also explained that part of the problem is house extensions and d.i.y. projects that discharge sewage into the rainwater system instead of into sewers. The display included an identification guide for groups of invertebrates with an indication of their tolerance of pollution. 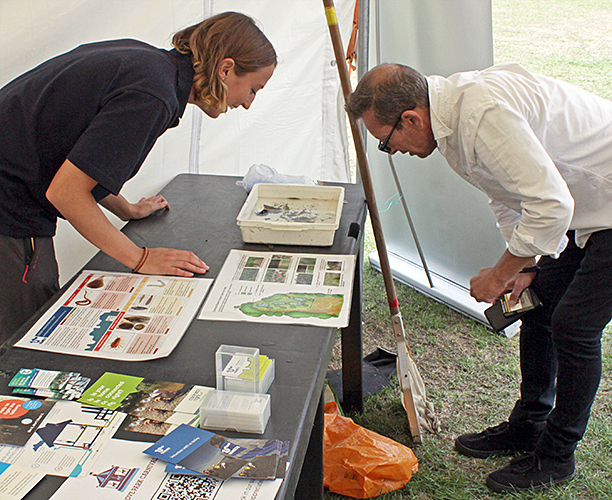 Philippa Nicholls with a visitor

Philippa also donned her Wellington boots and used a metal-framed net to take a kick sample from the river. 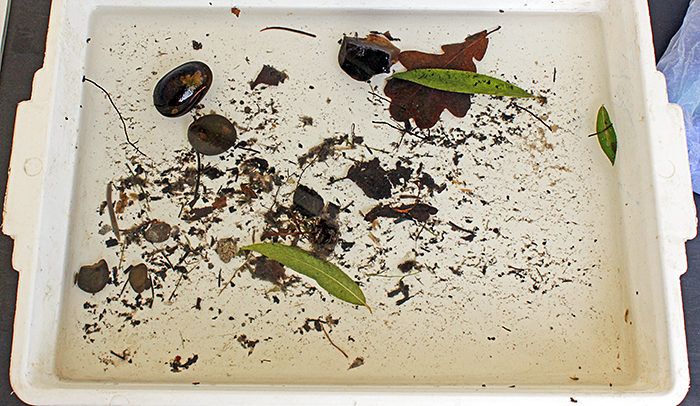 The kick sample included the same invertebrates as Nigel’s samples, plus a couple of small leeches. One of the leeches was small enough to pick up with a pipette, but it attached itself inside the pipette. Flushing with water did not remove it, so we had to use the scissors from Paul’s Swiss Army knife to cut the pipette. Once transferred to a small Petri dish, the leech kept climbing out, so we had to put the lid on the dish.

The main area of the Carnival included a dog show, displays by the armed forces, a funfair, petting goats and a pony, and stalls with food, drinks, toys, pet food, etcetera. 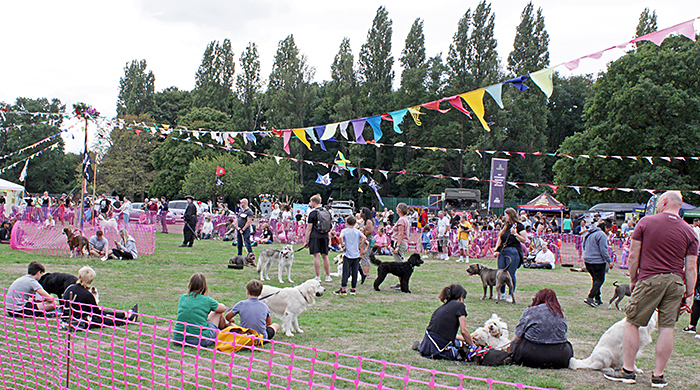 Queuing for burgers and fries 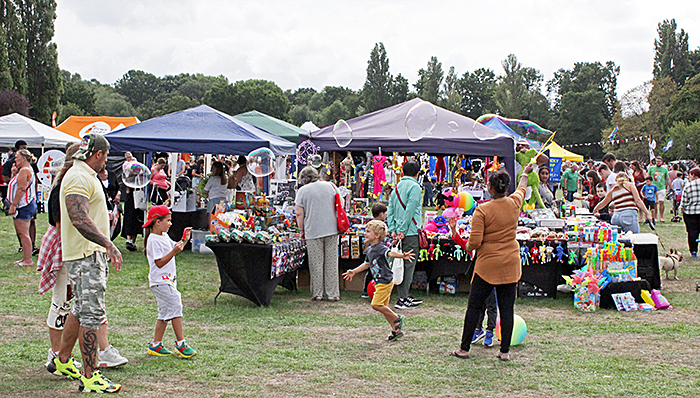 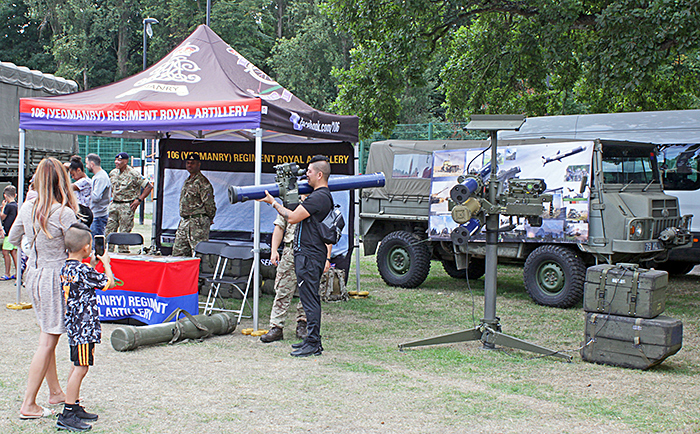 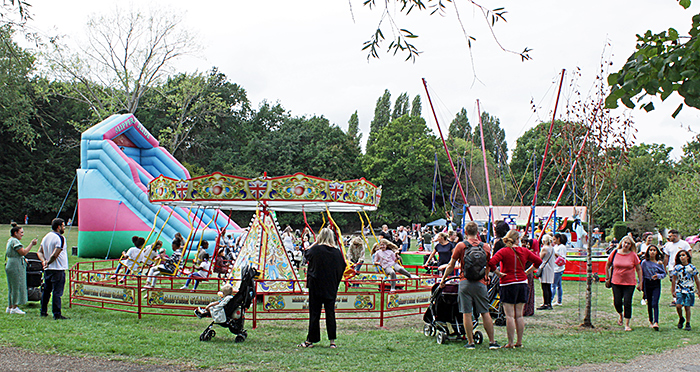