Paul Smith introduced this meeting, which was held via Zoom and attracted a number of participants from the USA.

Chris Thomas showed us how he adapted a substage condenser to fit a larger mount, by wrapping strips of paper around it. He used one strip to increase the size so that it fitted the sleeve, and a second strip that was wider than the sleeve so that the condenser was at the right height.

Edwin Davies recommends dentist’s root-canal  drills as manipulators/prodders that have the right flexibility for moving objects around under low power.

Edwin uses Pasteur pipettes as holders for the drills.

Graham Matthews showed a home-made adapter constructed to permit repurposing of Watson substage condensers for use with a Leitz Dialux microscope (and other Leitz microscopes using the slide-in dovetail mount). The adapter is a prototype constructed from 40 thou polystyrene sheet. 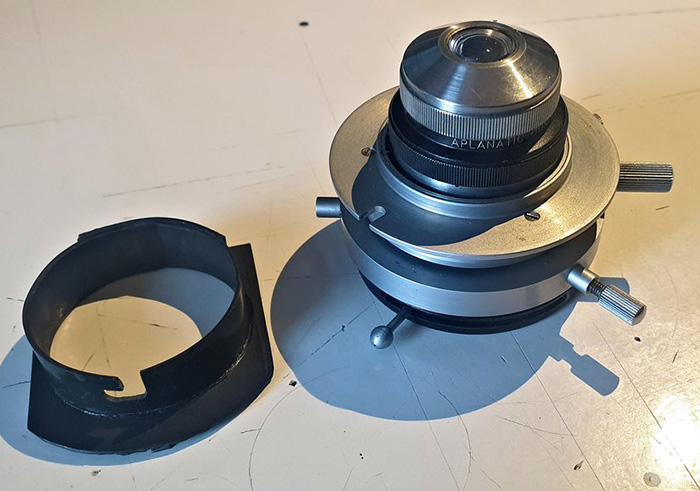 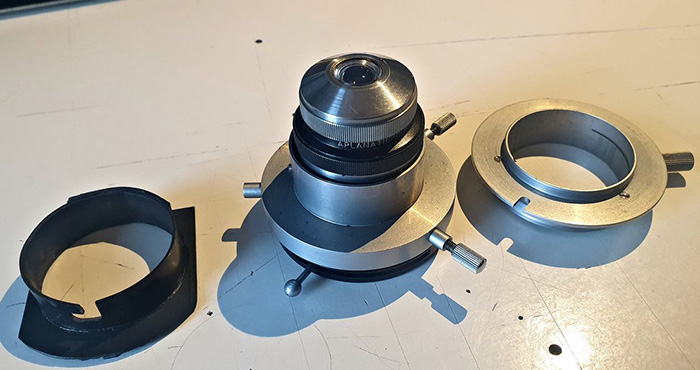 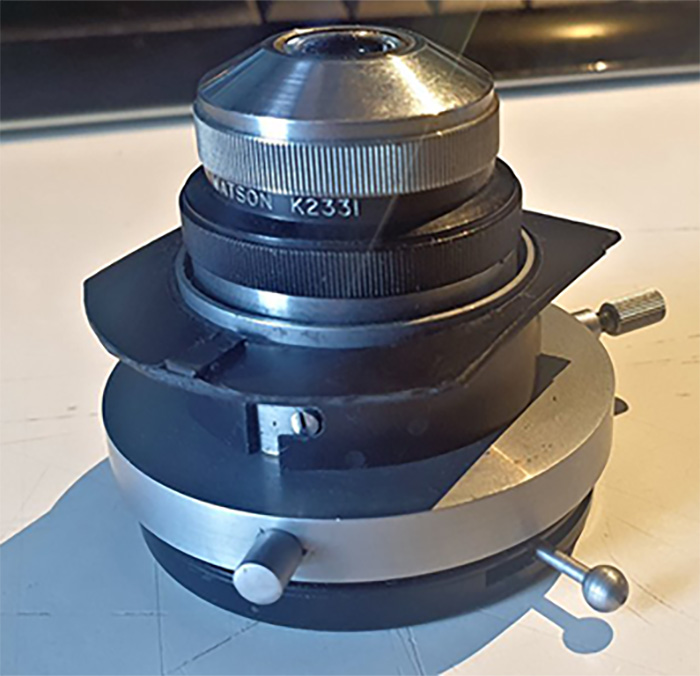 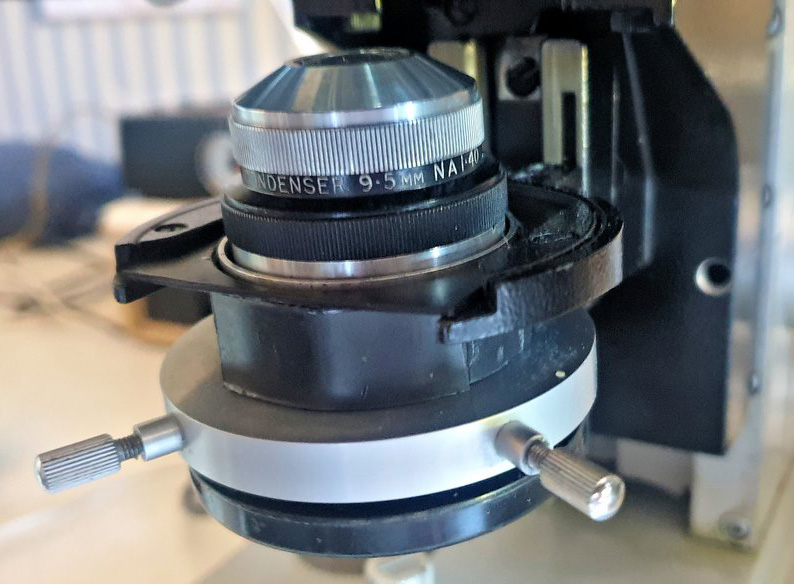 Gwyneth Thurgood makes artistic interpretations of chemicals that she sees through her microscopes, and she showed us 2 versions of lead nitrate crystals viewed at 100×. 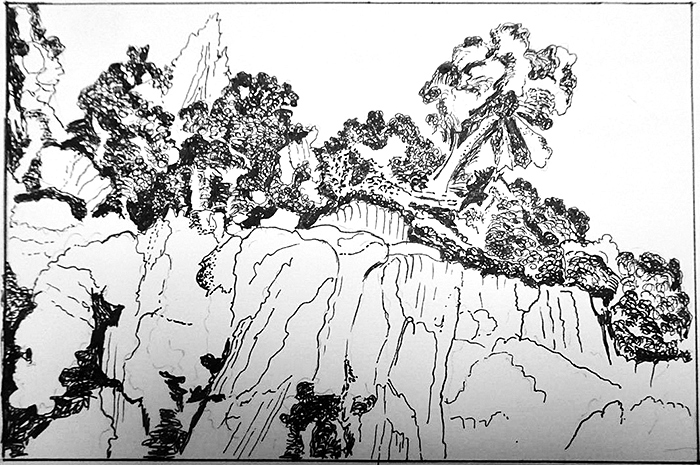 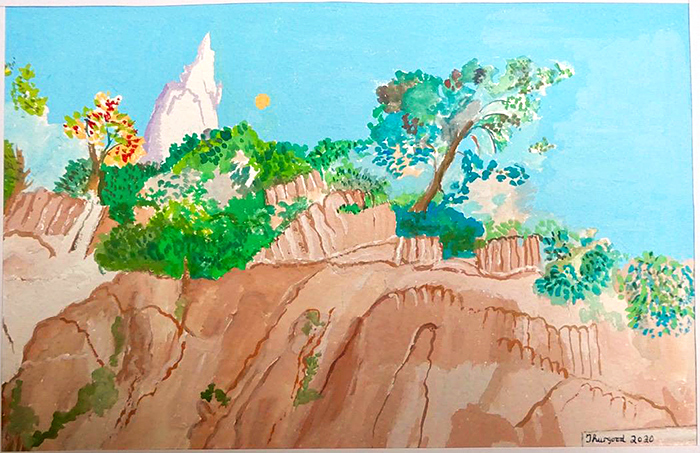 Alan Wood showed items that he has made from a pudding bowl, a packet of cornflakes, a greeting-card wrapper and the window from a packet of chocolate eclairs. 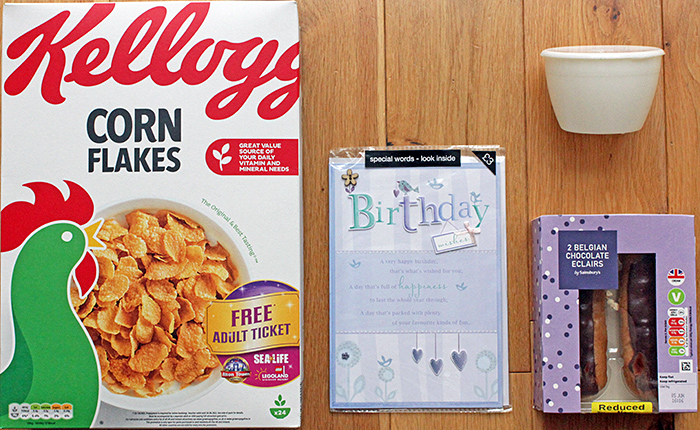 White plastic pudding bowls are not as easy to find as they used to be, but they are still available on Amazon and eBay. Alan uses them as diffusers and reflectors to produce shadowless illumination from an upturned LED ring-light, after removing the base. A cylinder of white paper and a piece of white foamboard with a circular hole help to control stray light. 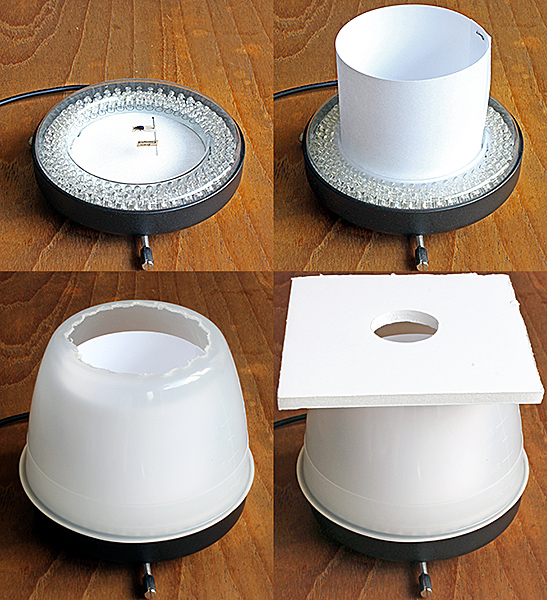 Construction of shadowless illuminator from pudding bowl and LED ring-light

The illuminator rests on the base of a stereomicroscope or a copying stand. 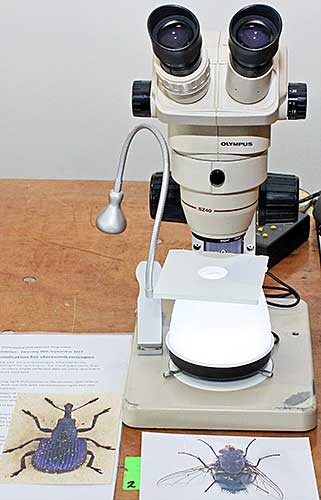 Shadowless illuminator under a stereomicroscope 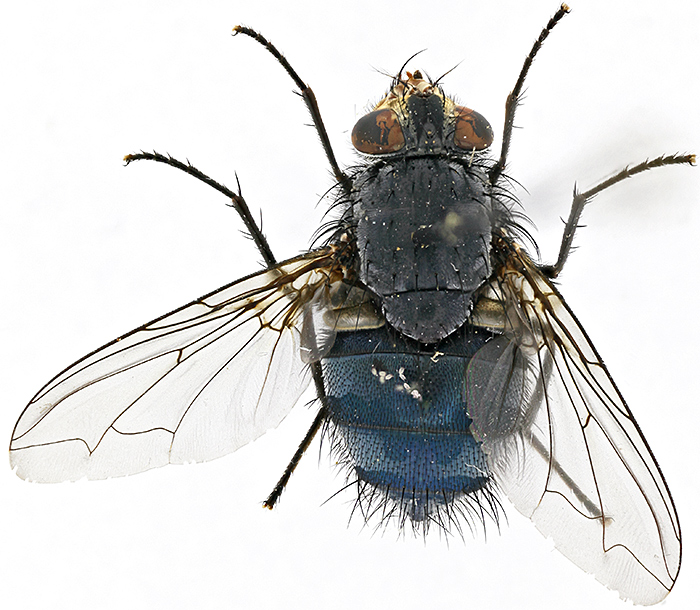 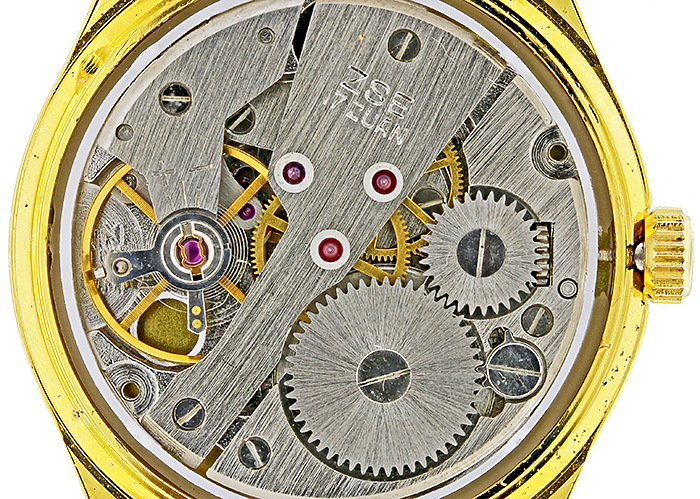 The bottomless bowl can also be used as a spacer to produce dark-ground illumination from an inverted ring-light, with a black background and a piece of black foamboard. 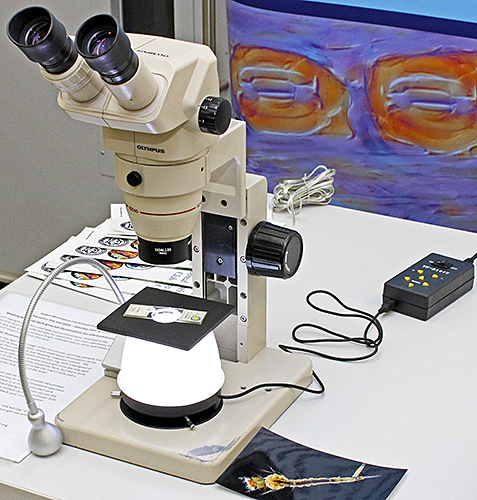 Dark-ground illuminator under a stereomicroscope 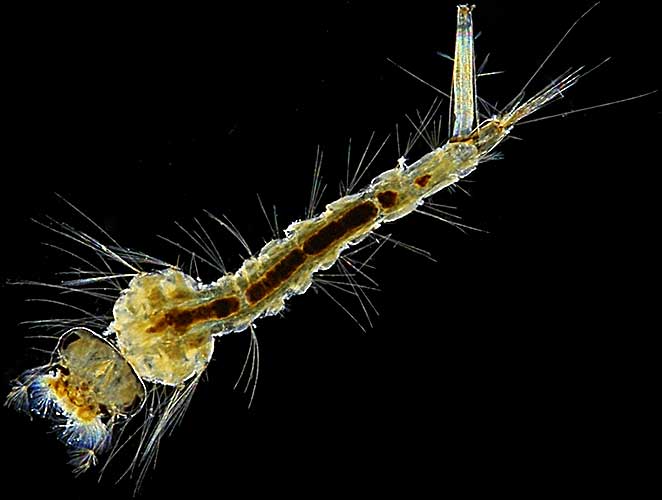 Like several other amateur microscopists, Alan uses makeshift retarders to change the colours of subjects viewed with polarised light. Sources of suitable plastic films include the wrappers on greetings cards and CDs, and the windows on boxes containing cakes or pies. Some films are better than others, so you need to experiment. Alan used to use GePe glassless 35mm slide mounts to hold his retarders, but they are only just big enough and they have to be positioned carefully. Now he uses a compass cutter to make cardboard annuli from boxes of Kellogg’s Corn Flakes. 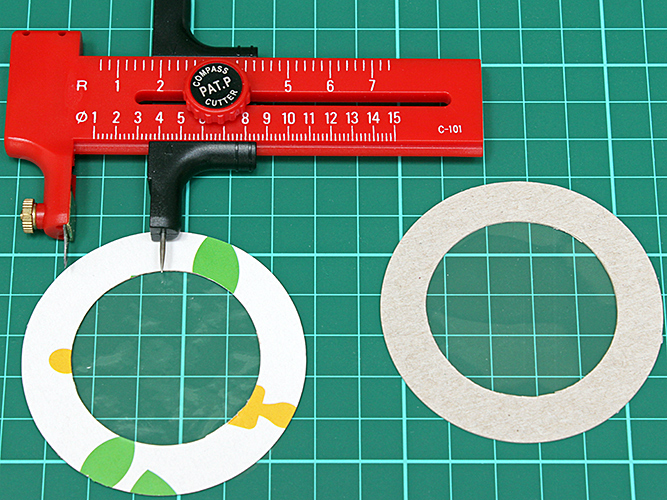 Compass cutter and cardboard annuli from a cornflake packet

He attaches a circle of plastic film using glue, and the annuli rest on top of a polarising filter and are easy to rotate and observe the best effect. 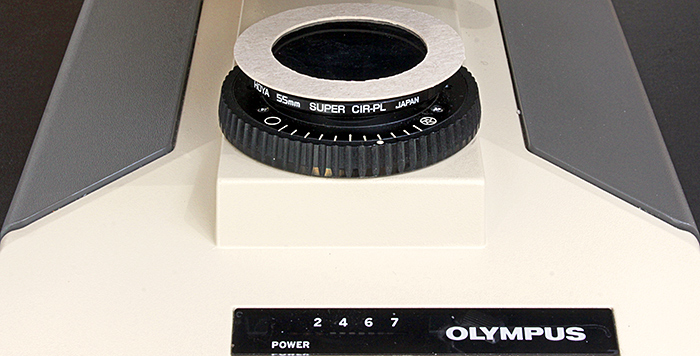 Makeshift retarder resting on a polarising filter on a microscope base

Paper from a wasp nest, viewed with crossed polarisers and a retarder