Inspired by the Watson Laboratory apparatus.

Photostands come in many shapes and sizes I would like to say that I did lots of research before deciding which stand to recreate, but I would be lying. In fact as is often the case these things happen by chance.

The first seed of an idea was when I obtained a magic lantern slide from the 1930’s showing a photostand.

This was followed by winning a Watson double extending camera at auction. Although mine was an earlier version of that shown on my lantern slide (it doesn’t sit on rails), it remains a laboratory camera.  An idea was born, to make something inspired by this, but for inspiration we had to go back in time to an earlier version. 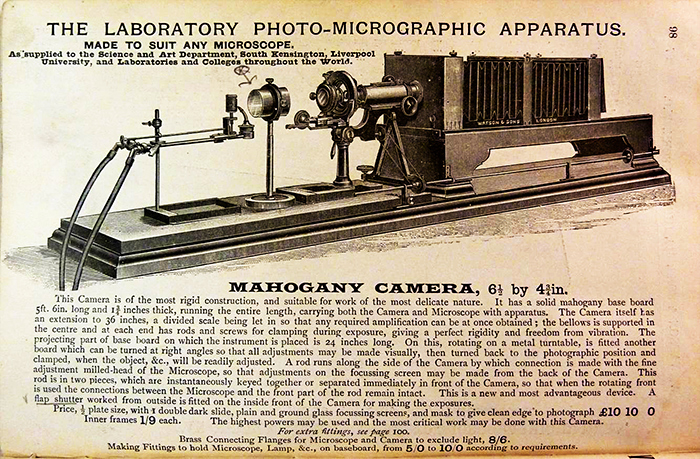 The final piece of the puzzle was the purchase of an Edinburgh H circa 1900, which was part of my 2020 Quekex exhibit. Bought mainly because it was a local sale, it had been owned by the sellers father Eric Poore. He had worked for the Paint Research Station, in Teddington as a tool maker. Originally a wax factory the buildings were taken over in 1927 and later extended. In 1957 the station employed around 90 people researching the problems of development and manufacture of paint, printing ink and varnishes etc.

When we collected it we realised that there were two holes drilled through the fine focus wheel and we suspected that it may have been used in a photostand with the holes facilitating remote adjustment.

Some of the features of the microscope were recommended by Watsons for photomicrography and these include the rotating top plate to the stage and the extra rack work draw tube. 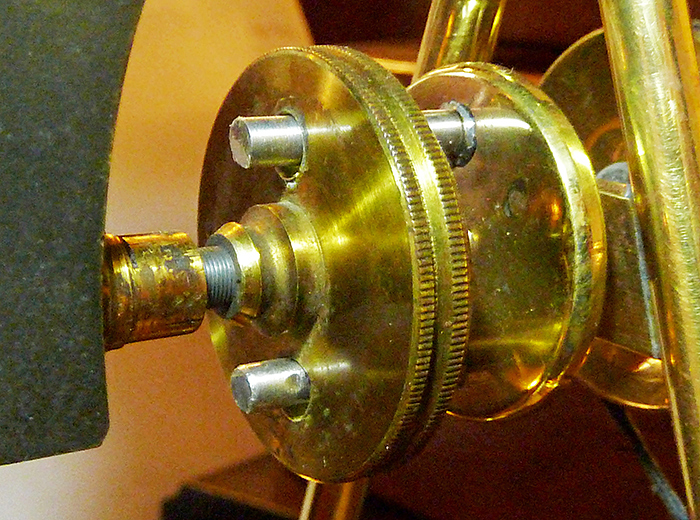 My stand is not and was never designed to be a replica but a working model.

I have made the following elements with the aid of a number of pieces, many of which were purchased at Microscopium:

It’s not quite finished I would still like to get an aplanatic centering bulls eye condensor with built-in iris, and although the improved belt for the fine focus works it could be refined further.

For more information about the history of Photomicrographic stands you may be interested in the following link: