Life of a microscope

A few years ago my wife Lisa and I started collecting optical and scientific instruments made by Watsons. I never expected this would lead to us joining the Quekett and taking our first steps into microscopy as a hobby but that has been an added bonus. Collecting seems to come with a never-ending to do list. Brass needs cleaning as do boxes, leather handles need repairing, accessory compartments need linings replaced, etc, etc. On top of that, there is the need to catalogue and record what comes in and out as the collection evolves. When the lockdown came into force this was a prime opportunity to take a look through what we had, undertake some maintenance and spend a little uninterrupted time with some of the objects.

Having now spent many hours cleaning and waxing these wonderful late Victorian/Edwardian pieces I’ve had plenty of time to appreciate the work that has gone into producing them. The makers of these instruments were craftsman and I can only imagine the pride they must have felt as they walked down High Holborn, admiring the fruits of their labour displayed in the shop fronts. 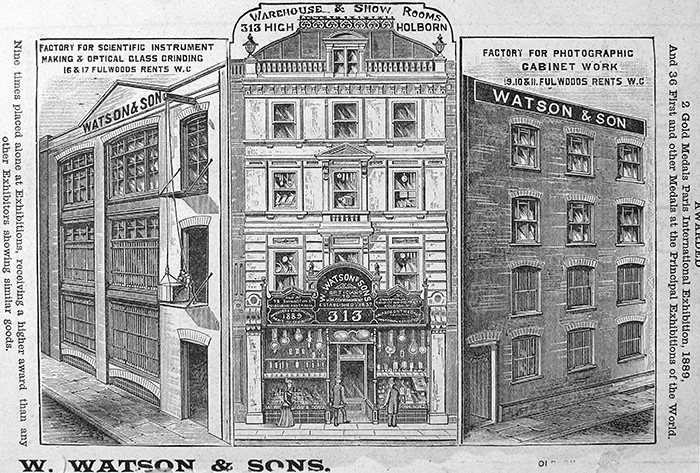 Many of these instruments would have been sold into private hands and would have been quite pricey on the whole, it’s no wonder that many of them have survived in outstanding condition, as they would have been prized possessions. The Van Heurck shown below is an example of this; it does seem a shame that this precision instrument is more likely to have seen use at an occasional soirée than any serious work. 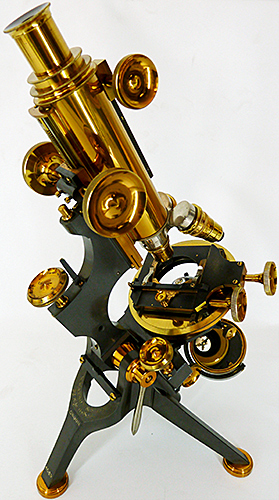 I do feel that they were built for a purpose and that in many cases their potential may not have been fulfilled. I find what interests me about these now is actually the history of those that were used for work rather than pleasure. More often than not the tales of the working life have been lost. Occasionally I have come across instruments where the story is only known because they are connected to someone well-known. Not that long ago a Watson camera came to auction that had accompanied Scott’s ill-fated Antarctic expedition; this wasn’t the official photographer’s camera but one that had been taken along by another member of the party. Usually a camera such as this would sell for a few hundred pounds, this one sold for thousands of pounds simply because of the provenance. As amazing as expeditions and the great and the good are, we are more interested in the people who used their instruments in their daily work.

The majority of the items in our collection have come from auction and you never get the chance to talk to the owner. But there are a few that we have purchased directly from the families that owned them.

One is an Edinburgh H circa 1900, bought from a lady locally; it had been owned by her father Eric Poore. Eric had worked for the Paint Research Station in Teddington as a tool maker. Originally a wax factory, the buildings were taken over in 1927 and later extended. In 1957 the station employed around 90 people researching the problems of development and manufacture of paint, printing ink and varnishes etc. We believe that it would have been used for photomicrography as there are two holes drilled through the fine focus wheel most likely to facilitate remote adjustment while focusing. Currently we are building a replica of a Watson Photomicrography Stand and this microscope is destined to become part of that. 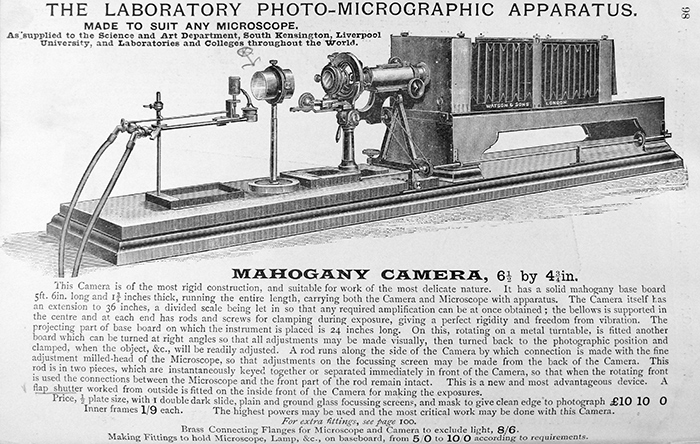 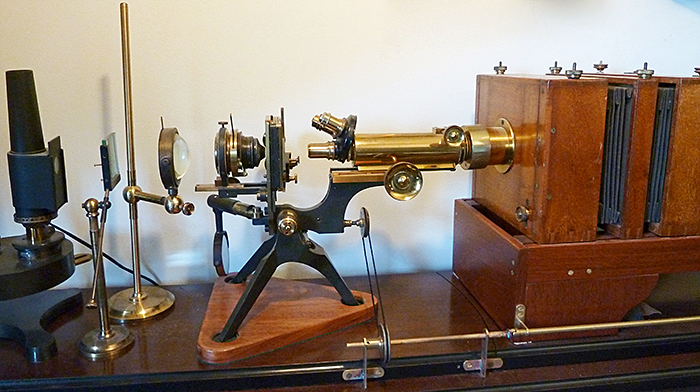 The second microscope was found by chance, I was surfing the Internet looking at pictures of a mint metallurgical stand. Clicking on one of the images I was taken to a very reasonably priced advert on Gumtree. The advert was over a week old and I suspected we had missed the opportunity to purchase it. However, a quick e-mail established that it was still for sale and two hours later I found myself in the front room of a delightful lady who had again inherited a microscope from her father. In this case the owner, Gordon Vincent Jones, had always bestowed upon his daughter the virtues of his Watson microscope. He was obviously very attached to it, presumably having spent so many working hours with it. 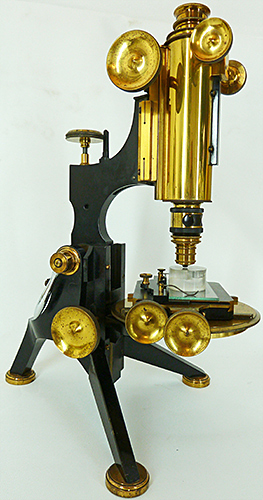 Gordon grew up in South Wales in a mining town where his prospects were most likely that he would spend his time working in the pit alongside most of the men folk. A quick glance at a slide showing a section of coal miner’s lung should be enough to give you an idea of the impact of that career path on his life expectancy. 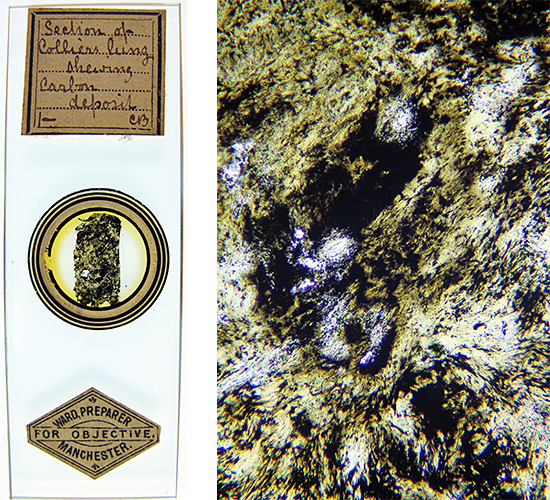 Gordon, however, developed an interest in geology as a young boy and this led him along another path. He still ended up working for the National Coal Board where he checked coal samples for type and quality. His career progressed and he spent most of it as a metallurgist, working for Qualcast, British Steel and Union Carbide. Described by his family as a man of great intellect, he lived a long life and retired back to South Wales.

It is nice to know that these two microscopes were used for the purpose for which they were designed and built. Both owners had bought them from their employers when equipment had been replaced with newer models. They have obviously been well used but also well looked after with both just needing a thorough clean to bring out the best in them. Thanks to the care taken by the previous owners they remain not only beautiful objects but, more importantly, fully-functioning scientific instruments, still as useable today as the day they were purchased. It may no longer be a daily occurrence, but I hope that the owners would have been pleased to see that their microscopes are still being used. I haven’t used them for a soirée but if I get the appropriate set of slides who knows! 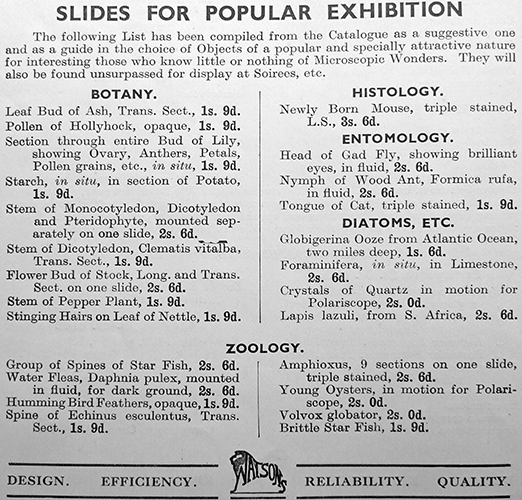