1. Eggs of Ascaris lumbricoides, a common nematode parasite of man. Eggs, released in human faeces, are produced in very large numbers and are very resistant to desiccation, disinfectants, bleach etc. If they contaminate towels, clothing etc, the infection is easily passed on. 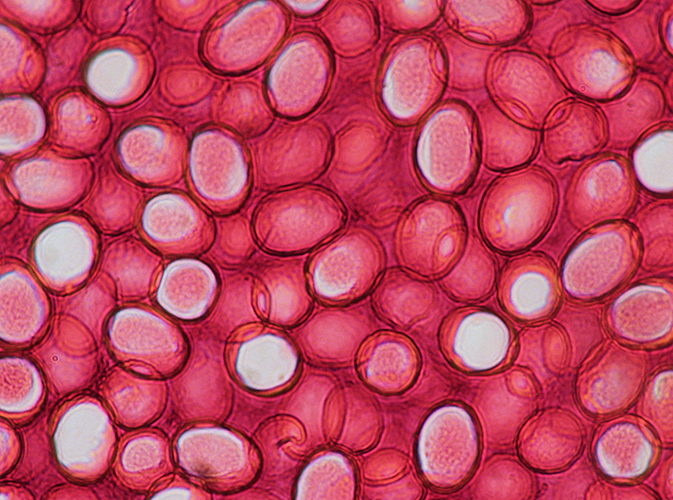 2. Clonorchis sinensis, the Chinese liver fluke, is a trematode parasite, infecting fish-eating mammals including man, where it resides in the gall bladder and bile duct. It is estimated that 15 million people are infected worldwide. Its life cycle includes two intermediate hosts, freshwater snails and freshwater fish. Those with a diet including raw fish are clearly more vulnerable. 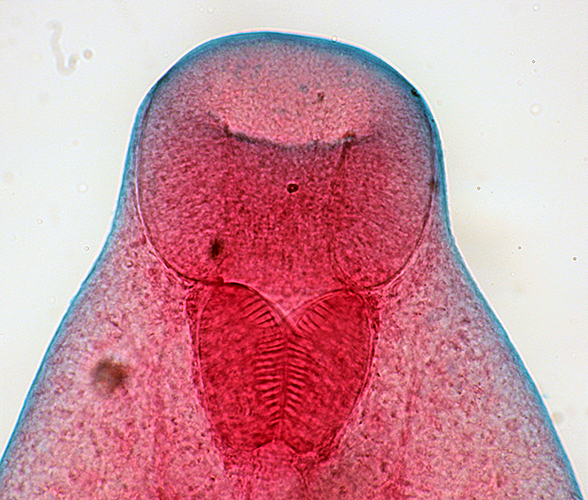 3 & 4. The dog flea, Ctenocephalides canis. Pictures on the Internet don’t appear to show such prominent spines in the mouth and thorax regions. Could this be a different species? 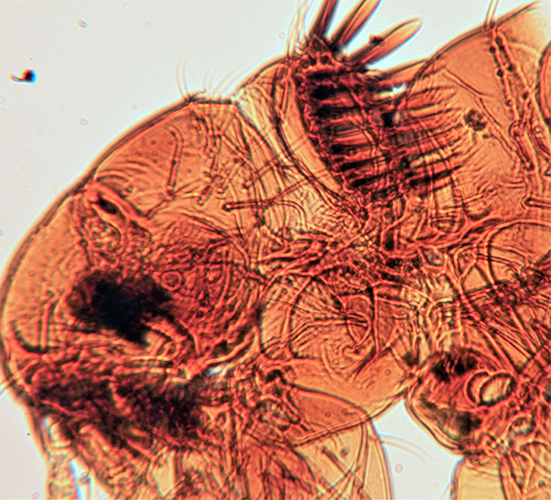 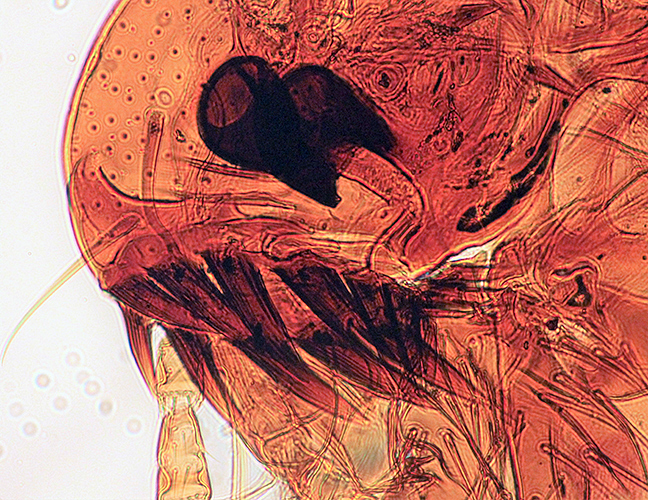 5. Cat flea, Ctenocephalides felis. Note differences with the dog flea, but both species may show variations. 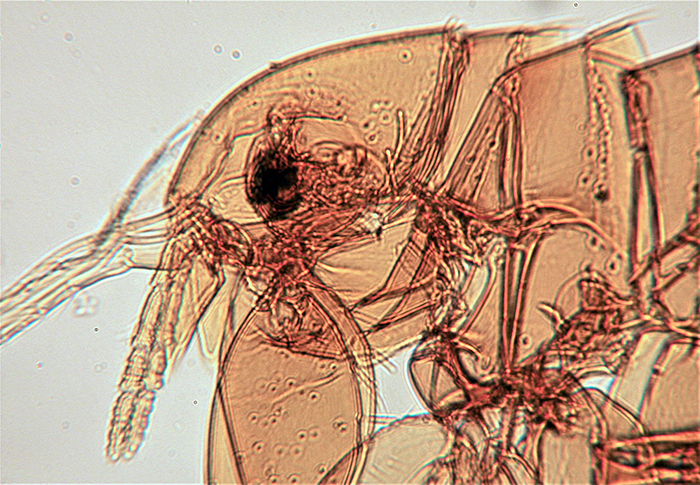 6. Trichinella spiralis. This nematode parasite has a natural cycle between mammal species, e.g. rat and fox (foxes eat rats, rats eat fox carcasses). It can also infect pigs, and thus humans eating raw or partially cooked pork, hence the need for careful meat inspection at abattoirs. In humans it encysts in the muscle of the diaphragm, which can cause death. 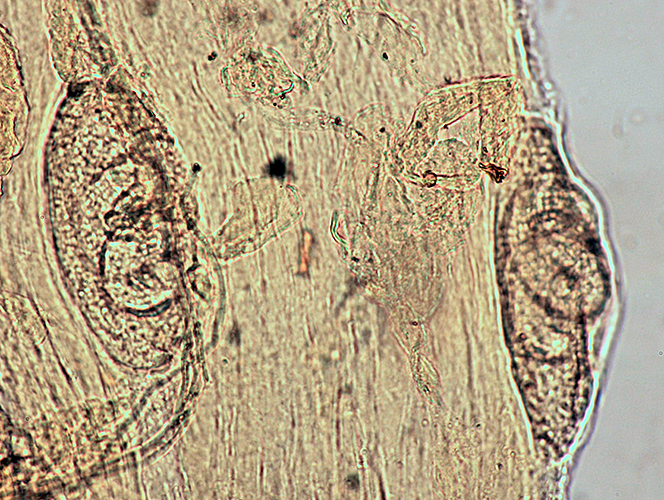 7. Schistosoma japonicum is the blood fluke causing bilharzia in China, Sri Lanka and the Philippines. It inhabits the hepatic portal vein and causes liver damage. Its vector is a snail of the genus Oncomelania. Unusually for trematodes, the schistosomes are dioecious (separate sexes), the smaller female lying in the ventral groove of the male (sounds cosy!). Humans become infected by the swimming cercaria larvae, emerging from the snails, penetrating the skin (e.g. in rice paddies). Because it reproduces both sexually and asexually at different stages in its life cycle, it is very difficult to control human infection. 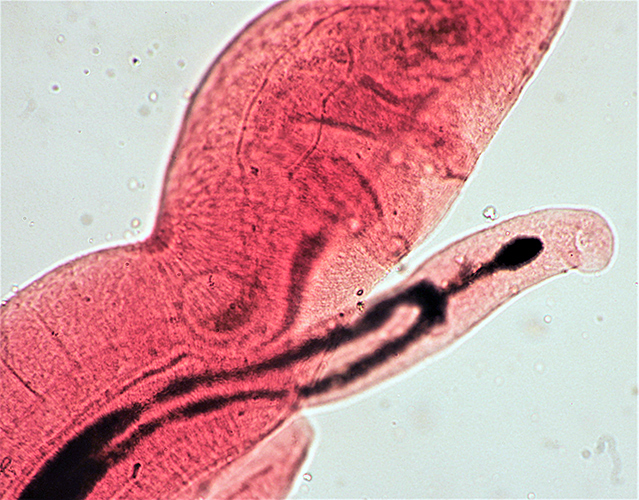 8 & 9. Lesser dodder, Cuscuta epithymum, is a flowering plant, which is fully parasitic on other plants including gorse, bramble and heather. It can sometimes be seen as a tangle of pink threads covering the host plant. Because of its parasitic lifestyle, it lacks chlorophyll and cannot photosynthesise; it also has little need for xylem support. The slides show the root-like “haustorium” penetrating the stem of the host plant to draw nourishment. 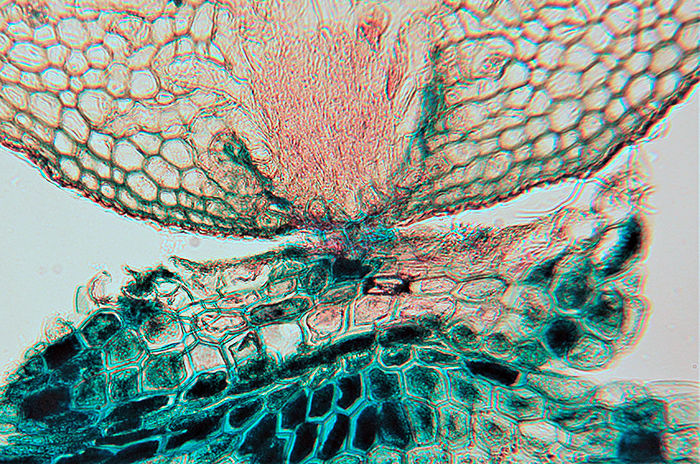 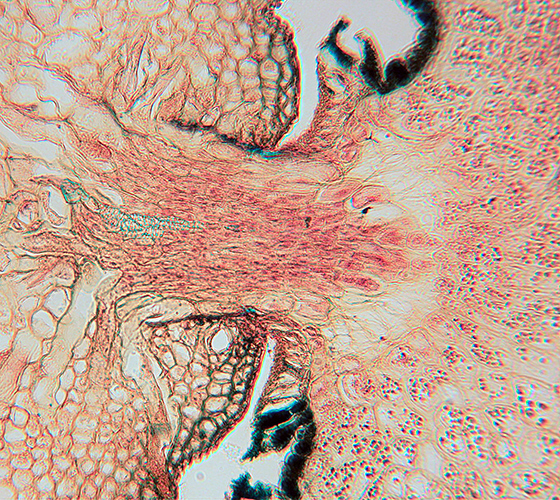