Dale Fort with a difference

For the first time in sixteen years, no microscopists gathered in the laboratories at Dale Fort FSC in May to enjoy marine plankton and to share tricks of the trade. Instead, Geoff Phillips organised a virtual gossip on 12th May which should have been our first full day on site. Around a dozen microscopists joined in the event on Zoom, including Geoff Mould who was one of the pioneers back in 2005.

Just as when we meet in person, discussions were wide ranging, microscopes were admired, though only in the backgrounds on screen, and hints and tips exchanged especially in relation to cameras, related software and photography.

We enjoyed a superb view of a transverse section of a bramble rust in its natural colours courtesy of Mike Crutchley and asked for more information on his methods of sectioning as well as photography. 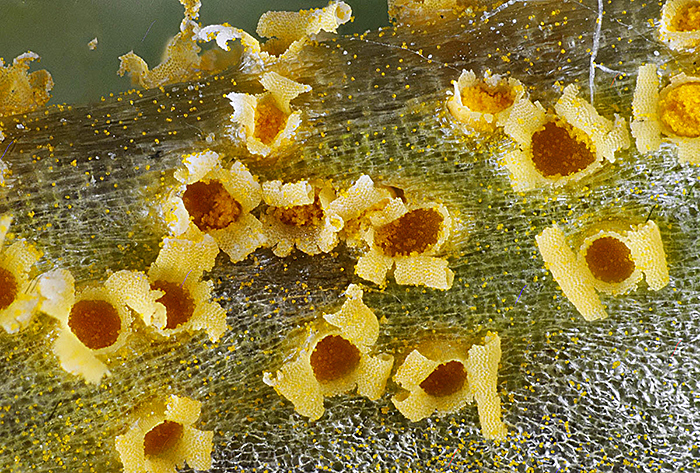 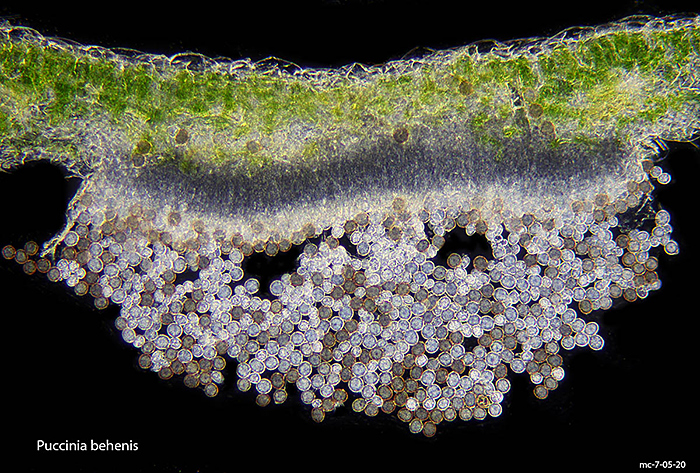 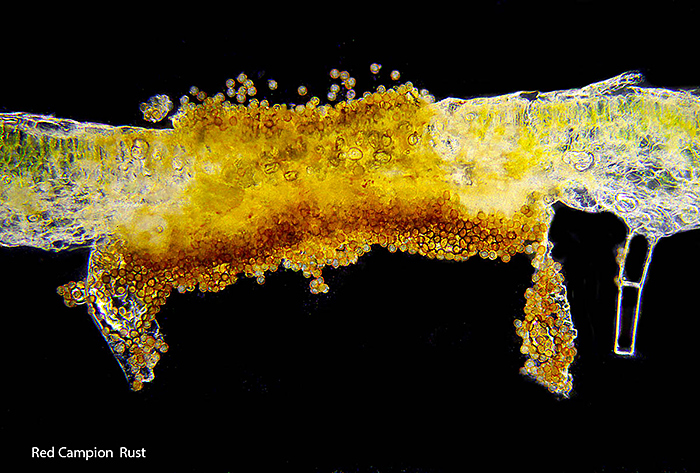 Julian Cremona showed us some stunning pictures of insects from the tideline, including details of the mouths of the ubiquitous sandflies, which are attracted by the chemicals used in the dry cleaning process as well as to those given off by rotting seaweed. Rove beetles also figured and an unexpected female March moth who just sits around emitting pheromones to attract a mate and so has absolutely no mouth at all. She was however covered in scales everywhere, not just on the wings. The kelp fly shots were taken with an Olympus E-M1 mk2 with bellows and ×10 objective lens, except for the microscope shot of the proboscis tip. That was a stack using a video on an Olympus BH-2 microscope, ×10 objective and DIC. The March moth female is a ×2 image stack using a Canon EOS 7D Mark II with a 65mm MPE lens. 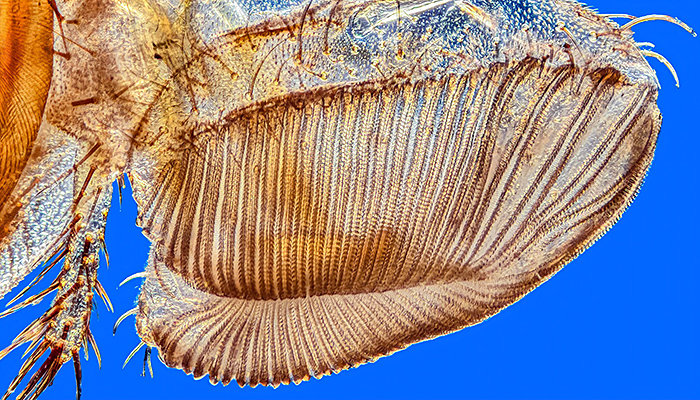 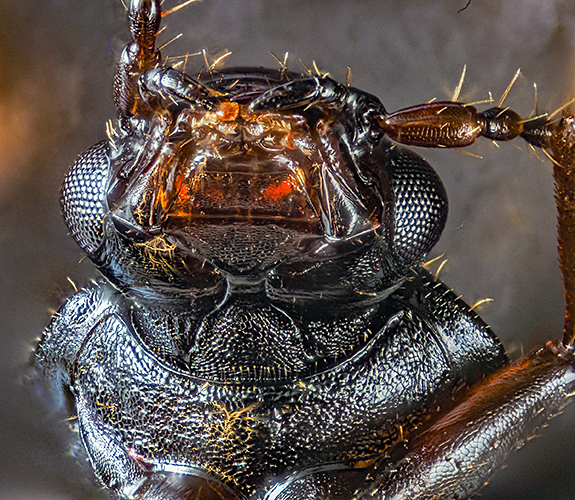 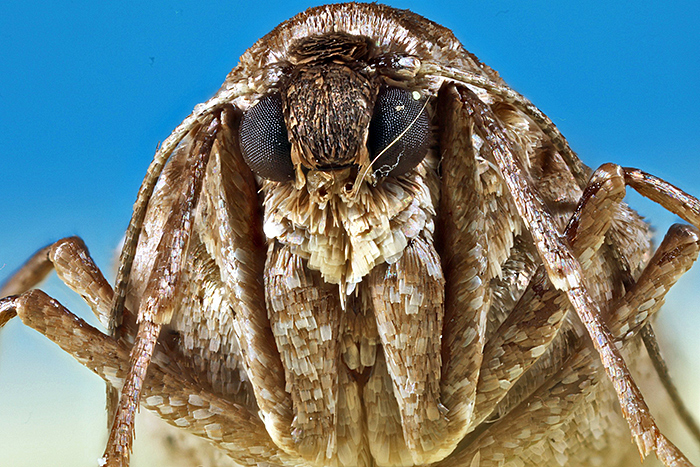 Joan Bingley introduced botany with some cross-sections of seaweeds, both Biosil examples from her own slide collection and from the slides bequeathed to the Quekett by Doug Richardson imaged using the set-up courtesy of the Natural History Museum.

There was also a view of a whole slide of the shell and spines of Echinocardium cordatum, a sea potato.

Geoff Phillips impressed with live views of living material from his (freshwater) pond, using not one but two inspection microscopes fed into his computer and shared on screen. Geoff’s initiative proved so popular that a further meeting has been requested and as we gain more experience of the technology, such gossip meetings should only improve in value. 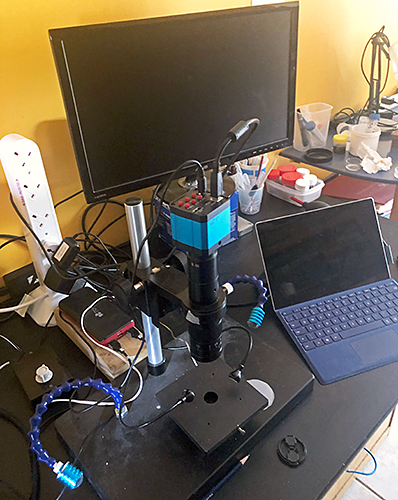