This was the eleventh Quekett excursion to Warnham Local Nature Reserve on the outskirts of Horsham, West Sussex, hosted by the Friends of Warnham Local Nature Reserve, and this year organised again by Neil Henry and Graham Matthews. The weather stayed fine all day, so there were no problems with going out to collect specimens. As in the last few years, we were able to set up our equipment in the Visitor Centre next to the café.

The Reserve includes a large millpond, 3 dipping ponds and an extensive board walk that provides access to a variety of streams, ditches and marshy areas. 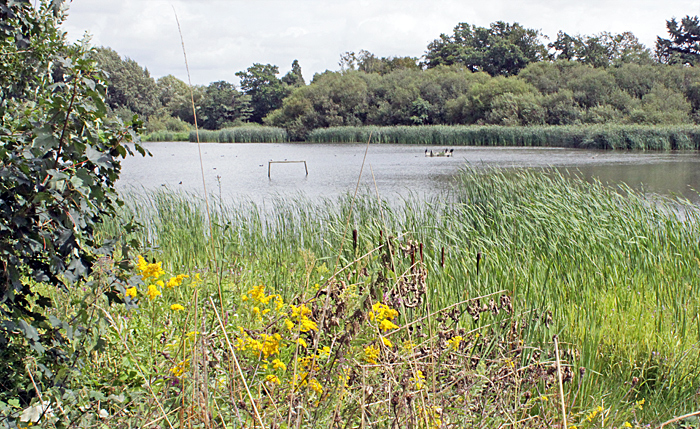 We had permission to use our nets and bottles to collect specimens to examine under our microscopes. 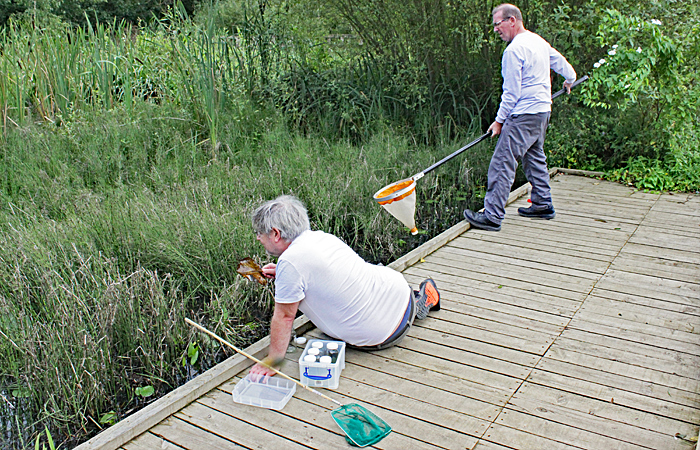 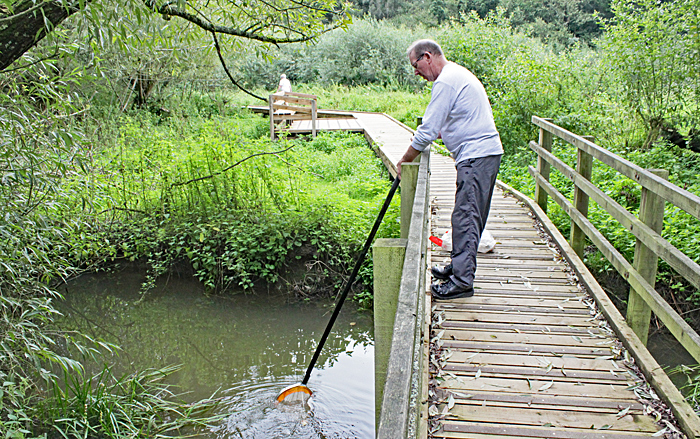 Steve Durr collecting from the board walk 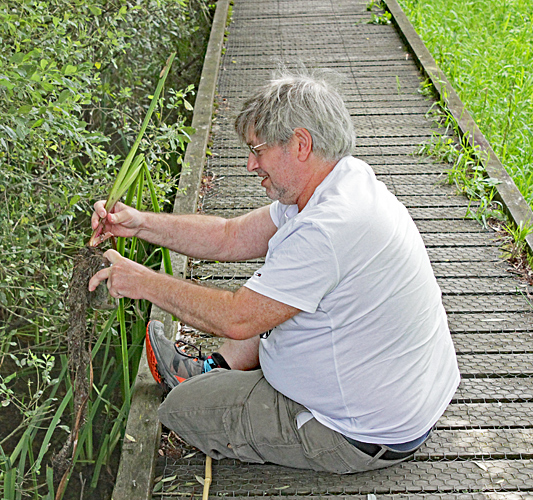 Robert Ratford collecting from the board walk

Back in the Visitor Centre, we set up our microscopes, cameras and computers to examine and photograph our specimens. 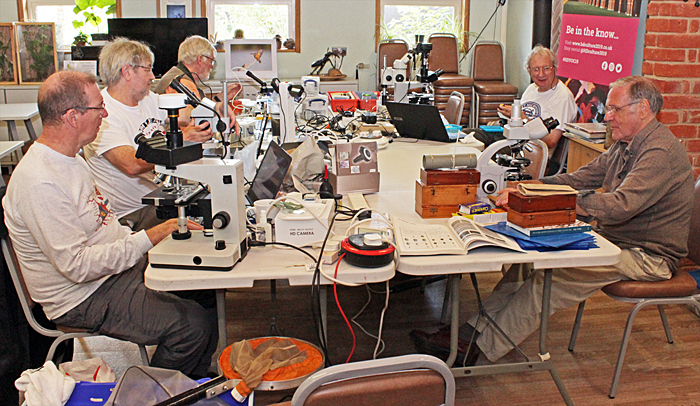 Members and their microscopes 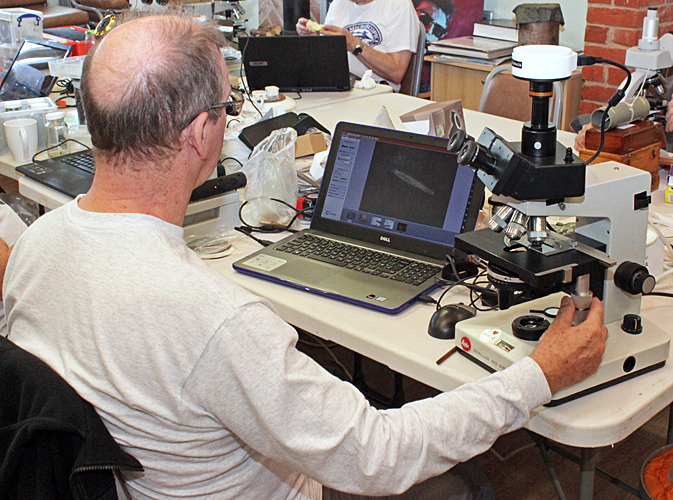 Robert Ratford used his Lomo МБС-10 stereomicroscope with an MVV3000 camera in one of the eyepiece tubes sending images to Micro-Capture on his laptop. 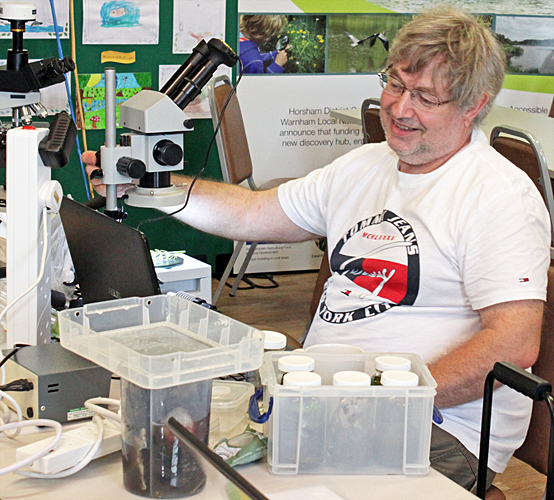 Neil Henry used his monocular PZO microscope (converted to LED lighting) with the eyepiece replaced by a YW5.0M digital camera sending images to ToupView on his laptop. 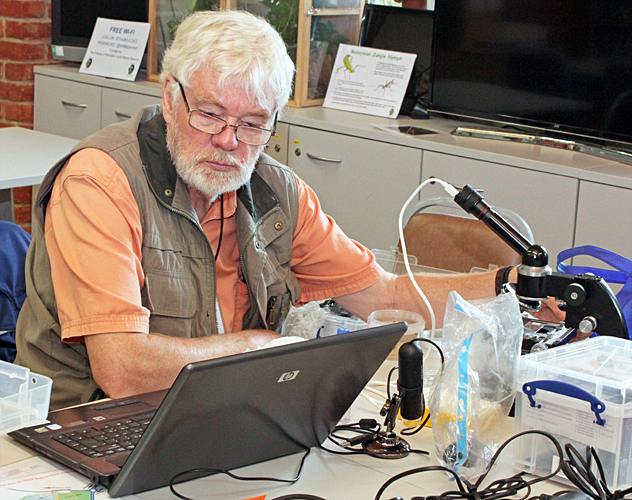 Graham Matthews brought his Wild M8 stereomicroscope with Plan 1× objective and his trinocular Leitz Dialux compound microscope with a circular stage (fitted with a modified Chinese mechanical stage). Graham had intended to use an afocal arrangement on the Leitz with a Zeiss 8× Kpl eyepiece, a Tominon lens and a Canon EOS 500D digital SLR controlled by DSLR Remote Pro on his laptop. Unfortunately, the laptop insisted on running a Windows 10 update that took several hours. 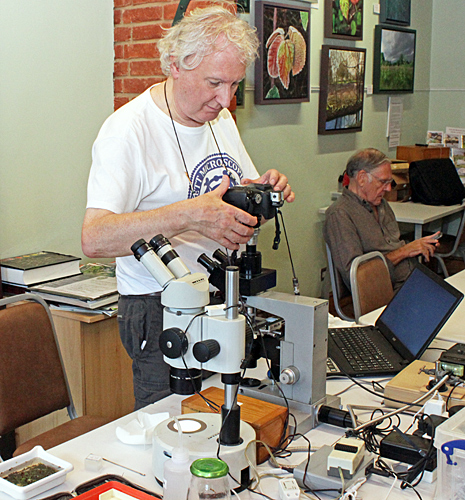 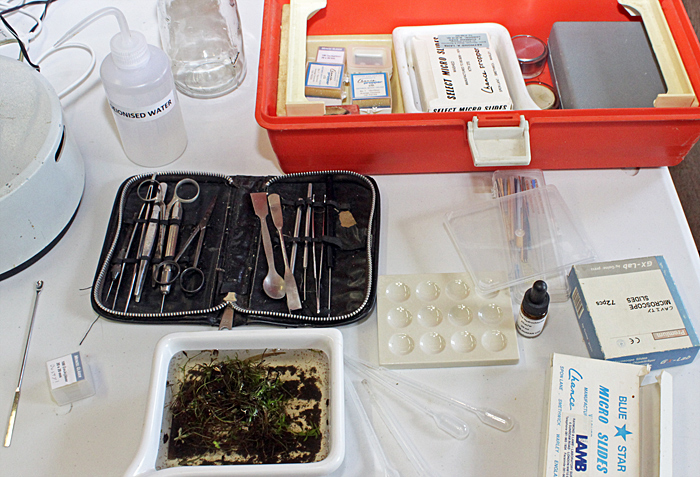 Some of Graham Matthews’ equipment 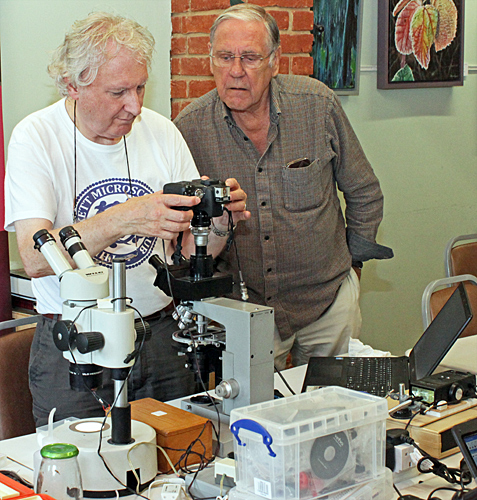 David Roberts borrowed a Zeiss Standard (with a battery-powered LED illuminator) from Graham so that we could admire his extensive collection of slides of mammal hair. 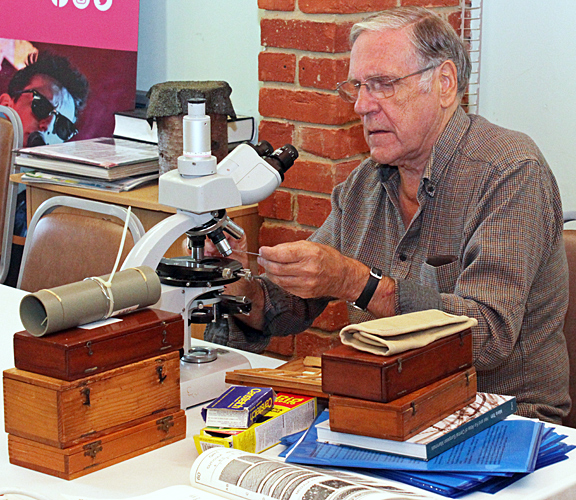 David also brought his hair tube trap to show to the Warden. This is a baited tube with some adhesive inside that catches a few hairs when a mammal walks through; by identifying the hairs under a microscope, the mammals can be identified without harming them. David also showed us the adhesive that he uses, and a material for recording footprints.