Mike Woof organised another joint meeting of the Quekett and the Postal Microscopical Society, held again in 2 rooms at the Haling Dene Centre in Penkridge, Staffordshire. The morning was given over to exhibits and sales, with items ranging from single slides to a trinocular microscope. 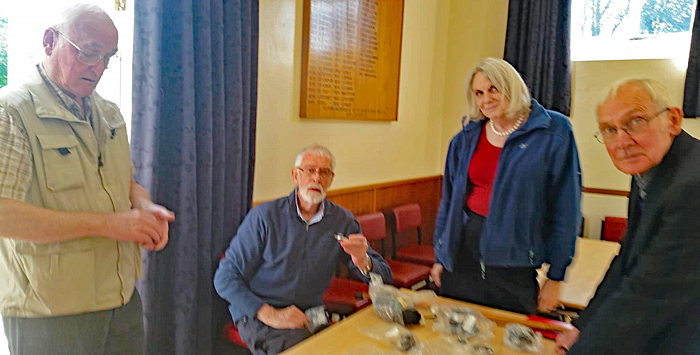 Les Franchi’s brought some live flatworms, Polycelis nigra, that we could watch under his stereomicroscope. He also had some photographs of the animals and their habitat, and a distribution map. 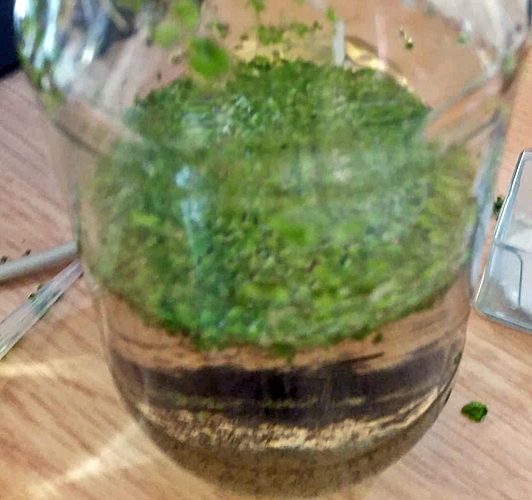 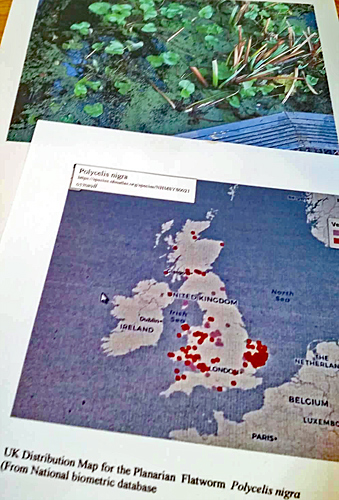 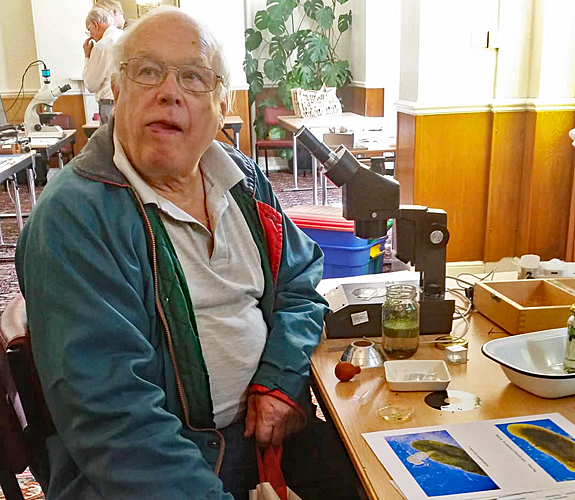 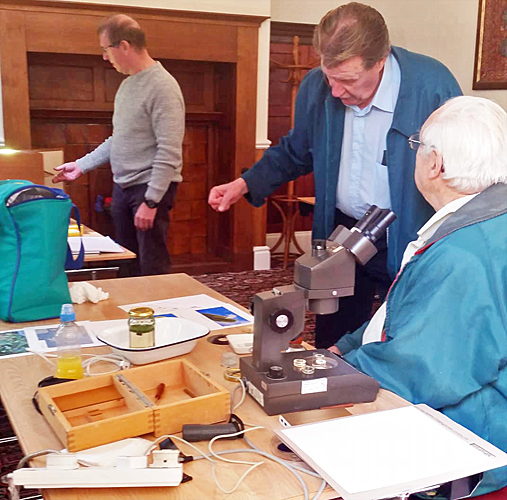 Lawrence Hartley, as usual, had a good assortment of interesting books, and a Cambridge Rocking Microtome, a stereomicroscope, some brass sieves and various other items. 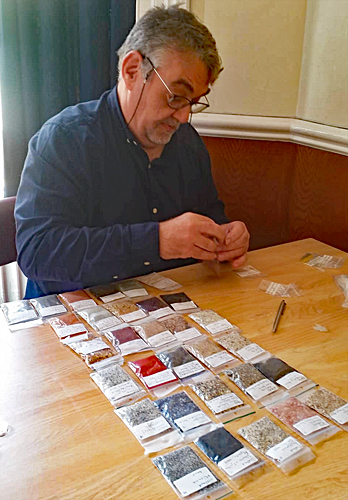 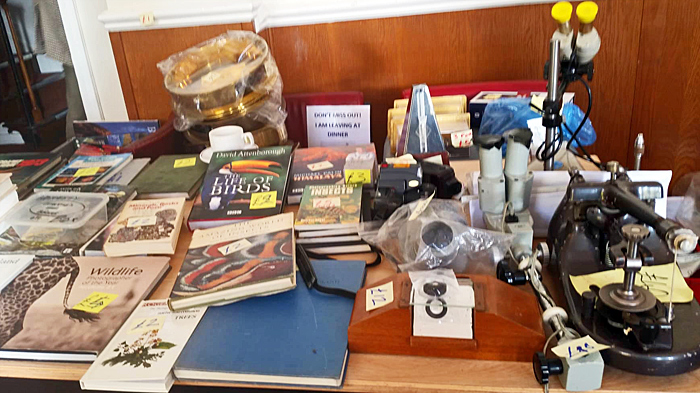 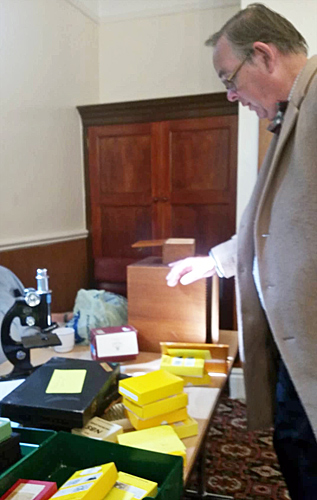 Stephen Parker showed a boxed set of histological slides by Professor F. Sigmund, who supplied several series of high-quality histological and biological slides in the 1920s. Single slides are fairly common, sets are much less common, and this was the only boxed set that Stephen has seen. The set was incomplete, and some slides were broken, but there were still plenty of interesting slides to show on a monitor via a Leica DM500 student microscope and a Chinese inspection camera. 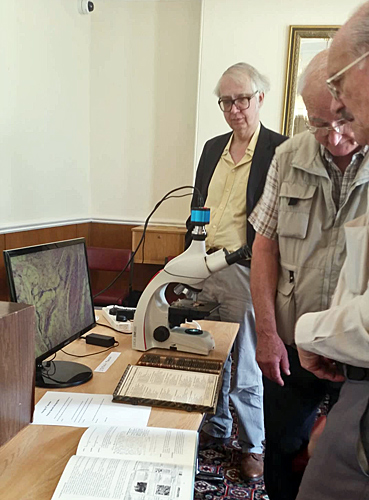 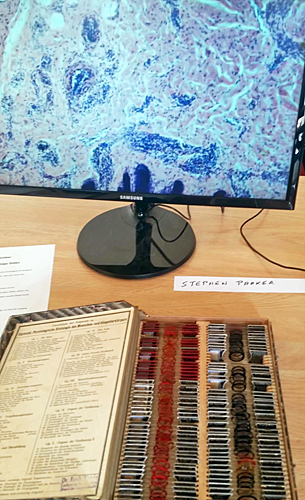 Mike Samworth was selling a few filters and objectives, a good selection of slides (some diatom slides that he had made and others from the estates of members), books from the estates of Steve Edgar, Barry Nattrass and John Bottomley, and a trinocular American Optical AO20 (with filters for fluorescence) and a Zeiss DR stereomicroscope from an estate. 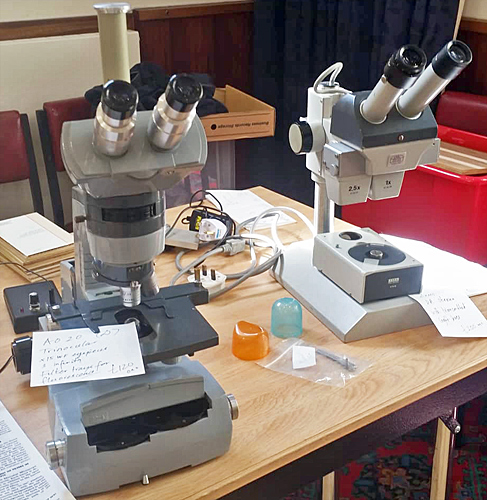 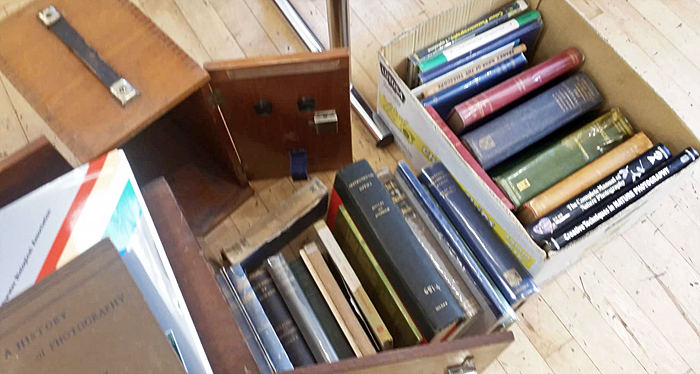 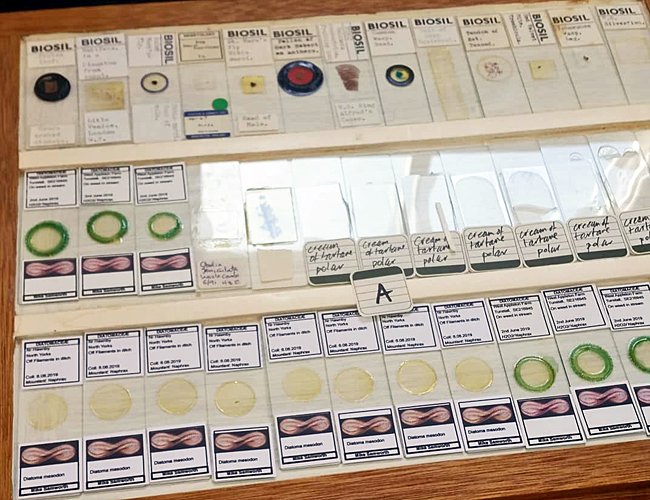 Some of Mike Samworth’s slides 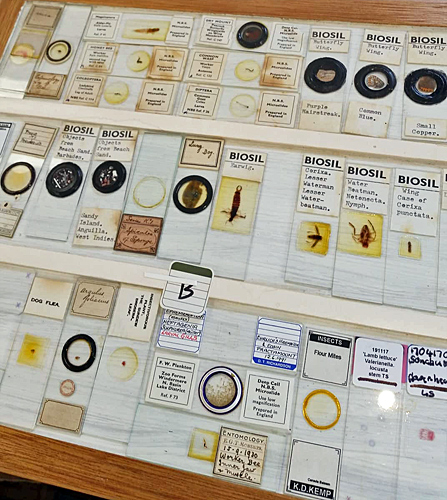 Some of Mike Samworth’s slides

Mike Woof had several items for sale, including transformers, a Vickers illuminator and a mechanical stage. 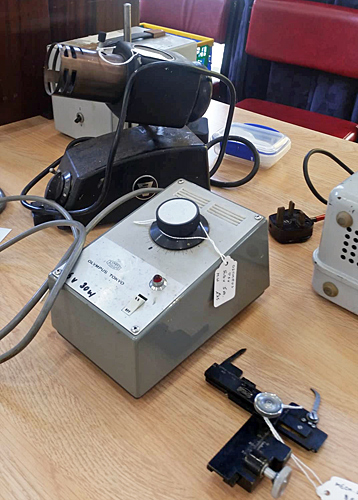 As usual, there were some interesting items “free to a good home” on the stage. 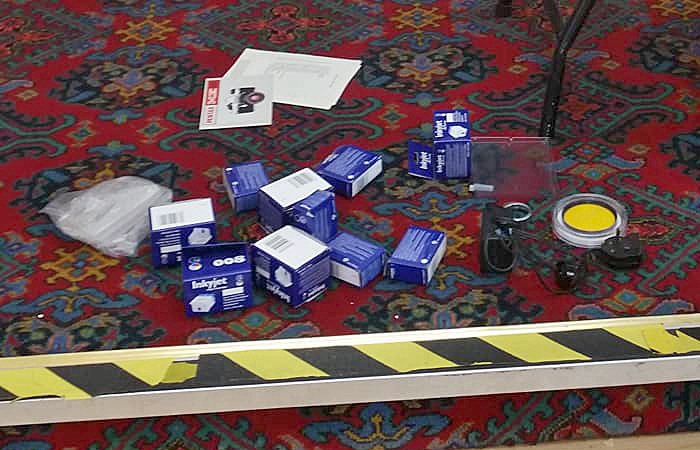 Free to a good home

Our thanks to Mike Woof for organising another enjoyable day for microscopists, and to everyone who brought exhibits and items for sale.