At the end of the Annual Exhibition of Microscopy, Robert Ratford took the Club’s new display stands and all of the Barnard Award entries for the Club’s stand at New Scientist Live. This was our first time at this science festival, held at ExCeL in London, which we attended as part of our outreach programme. 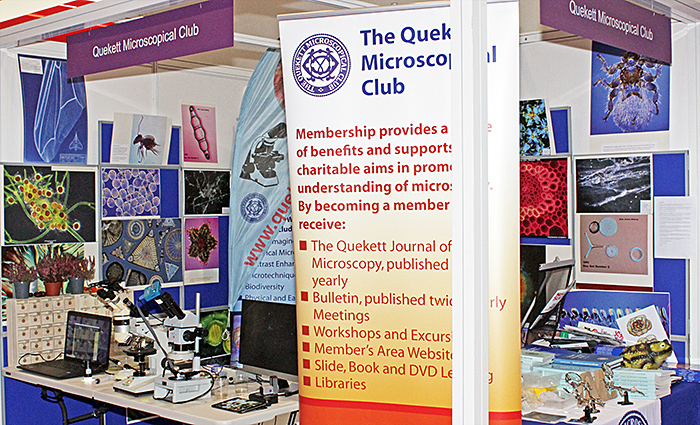 We had a large number of visitors over the 4 days of the festival, including crowds of schoolchildren, families, scientists and retired people. We hope that some of them will join the Club, come to meetings or excursions, or look for a microscope at Microscopium. 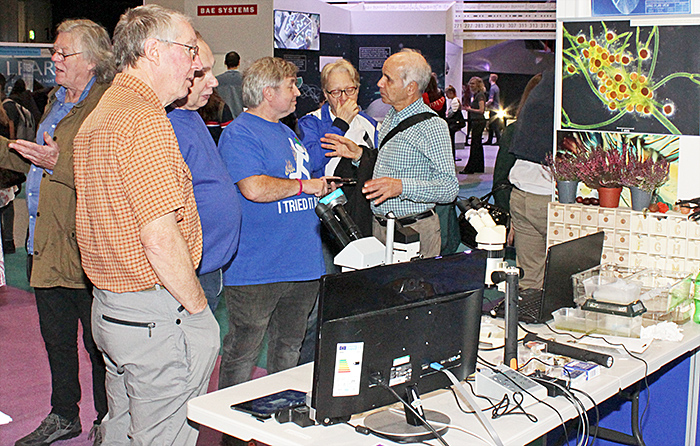 Visitors to the Quekett stand, with Danny Ferri, Gordon Brown and Robert Ratford 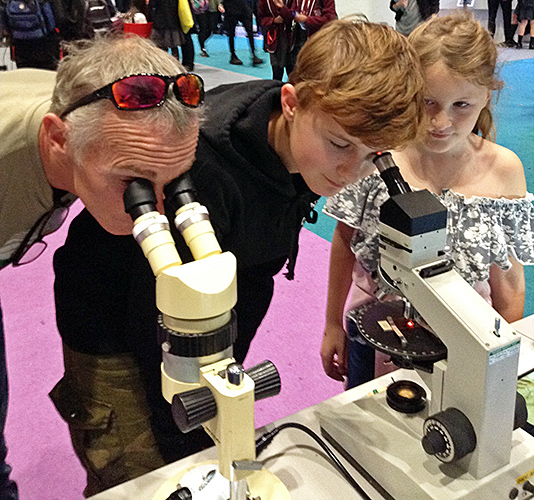 Visitors to the Quekett stand [by Robert Ratford] 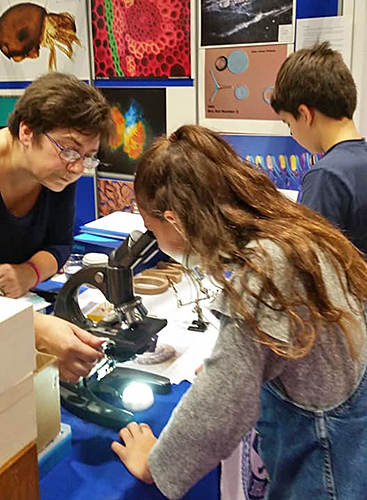 Lisa Ashby with visitors to the Quekett stand [by Robert Ratford] 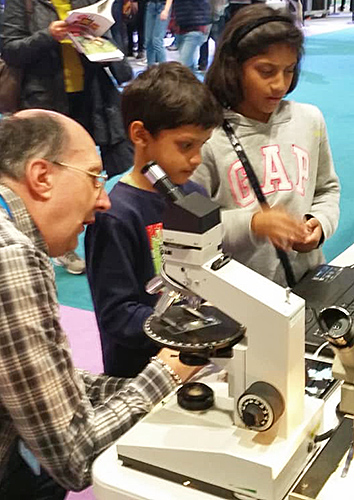 Chris Thomas with visitors to the Quekett stand [by Robert Ratford] 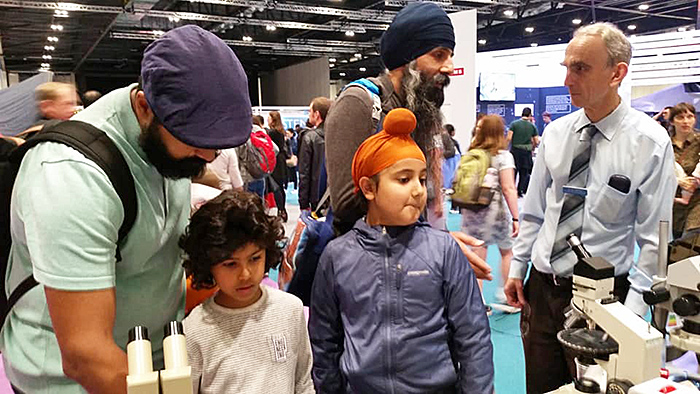 Alan Wood with visitors to the Quekett stand [by Robert Ratford] 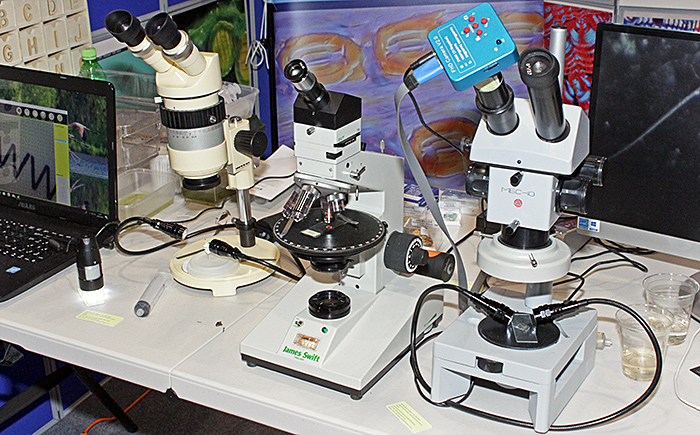 Microscopes on the stand

Specimens included histology slides, crystal slides, mineral samples, dragonfly exuviae, and live Daphnia, bloodworms and brine shrimps (Artemia, shown on a monitor). Rothamsted Research lent us a green dock beetle (Gastrophysa viridula). The live brine shrimps shown on the monitor attracted a lot of attention, and the James Swift polarising microscope was ideal for displaying a slide of vitamin C crystals because the analyser can easily be slid in and out to show the colours that polarised light produces.

ioLight Ltd lent us the 1 mm model of their portable microscope and an iPad, and Robert used it to show material collected from his gutters that included live rotifers and tardigrades. 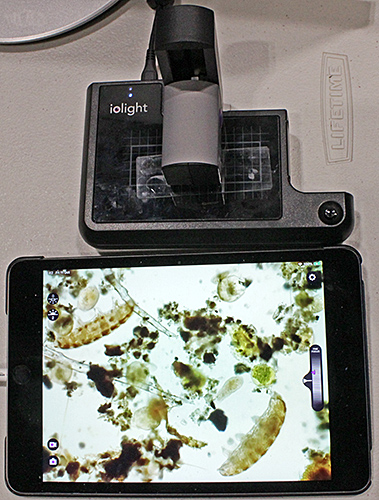 Tardigrades on the ioLight microscope

The width of the iPad screen was 160 mm, and the field of view was 1 mm, so the magnification on the screen was ×160.

We also had a small USB digital microscope displaying images via Micro-Capture software on a laptop.This entertained the visitors when it was used to show magnified views of their skin, hair and clothing.

Lisa Ashby brought something we have not seen before, several types of glitter nail polish applied to a sheet of plastic that displayed well with the digital microscope. 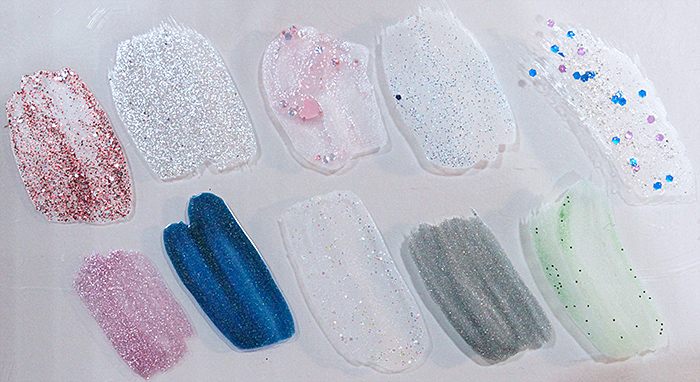 We also had some Helping Hand magnifiers on heavy bases, used to show lichen and cornsnake skin. 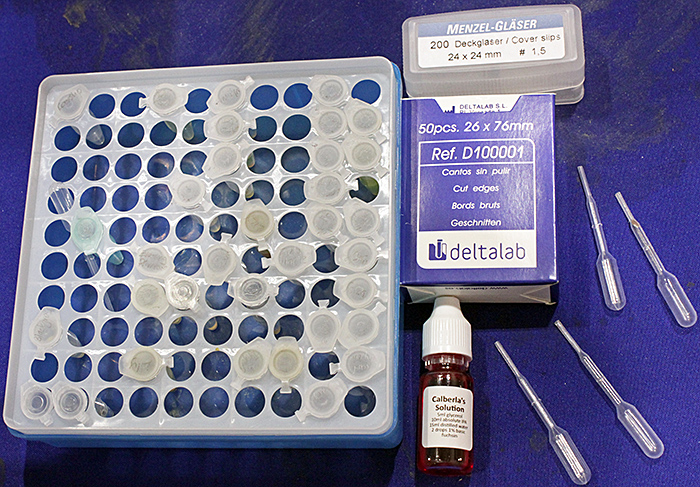 We also had copies of some of the books published by the Club, and sample copies of the Bulletin and the Journal. 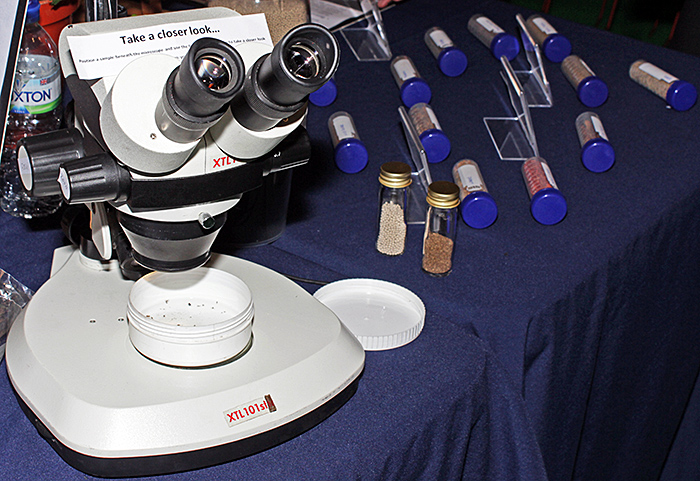 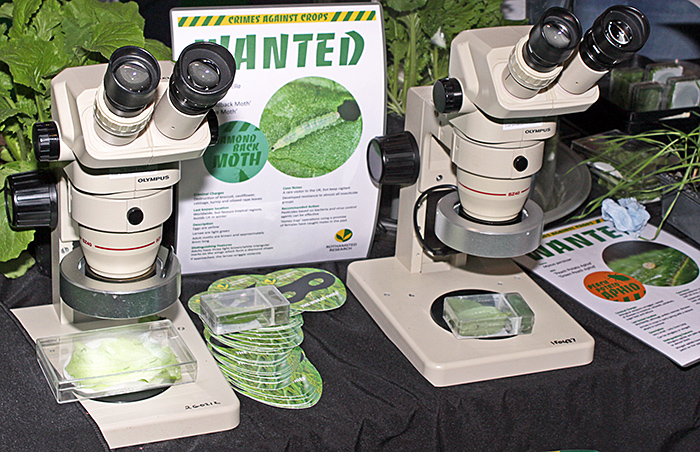 Birmingham City University brought 3 Zeiss Primo Star compound microscopes and invited visitors to take a sample of their cheek epithelial cells, stain them with iodine, and view them under the microscopes. Gordon Brown set up the microscopes properly. 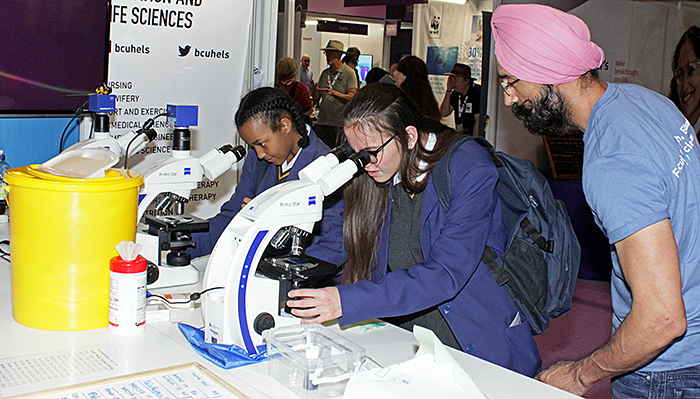 Celestron were demonstrating some of the microscopes that they sell.

CHAP Crop Health and Protection used a trinocular Leica S8APO stereomicroscope to show adult cabbage stem flea beetles (Psylliodes chrysocephala), which have become difficult to control on oilseed rape since neonicotinoid seed treatments were banned. They had a HiChrome S camera attached, which would have displayed images on a laptop if they had not forgotten the USB lead. 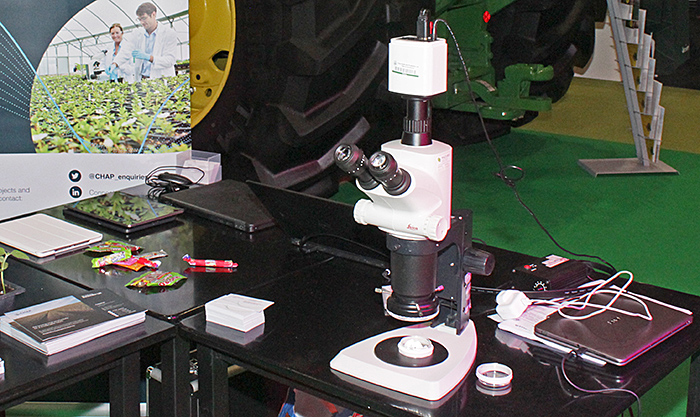 NIHR National Institute for Health Research had a well-equipped Olympus compound microscope and an inverted microscope with a monitor display.

Another stand had a type of inspection microscope that we had not seen before, displaying surprisingly good images despite only having a 2 MPixel chip. 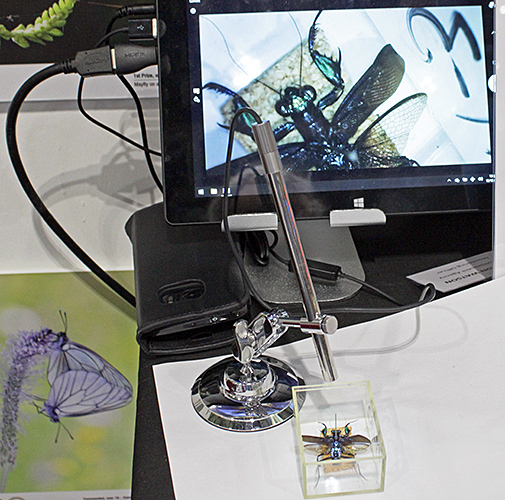 We have booked a stand for next year’s New Scientist Live at ExCeL, Thursday 15th to Sunday 18th October 2020.