This friendly and convivial meeting, organised by Terry Hope and based in the Lockington and Hemington Village Hall in Leicestershire, is always most enjoyable. 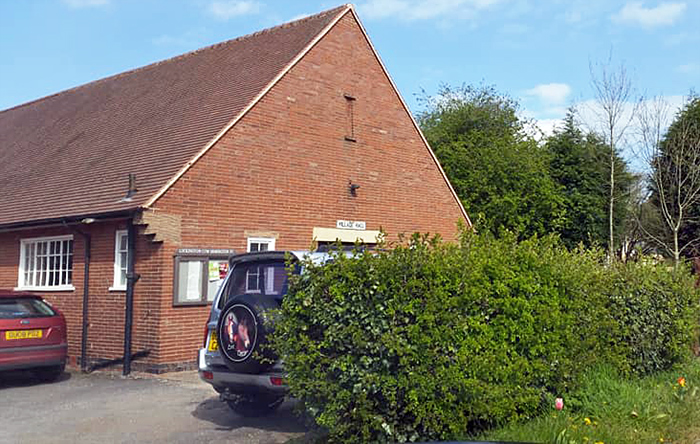 Geoff Mould demonstrated the microscopic complexity of a microchip and other items under a Leica GZ6 with a Chinese inspection camera. He is pictured with his grandson Kalum and Chris Kennedy. 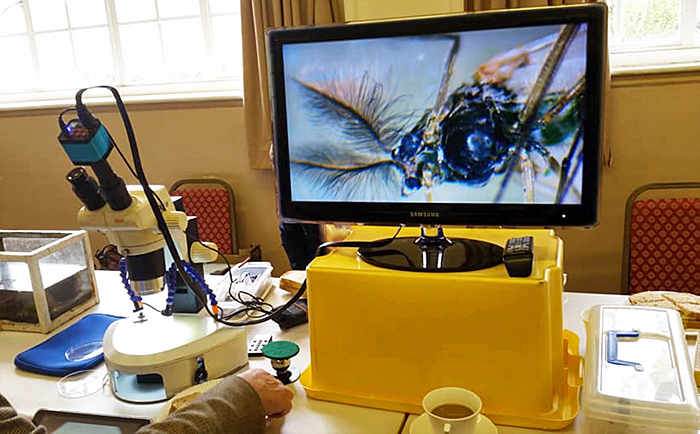 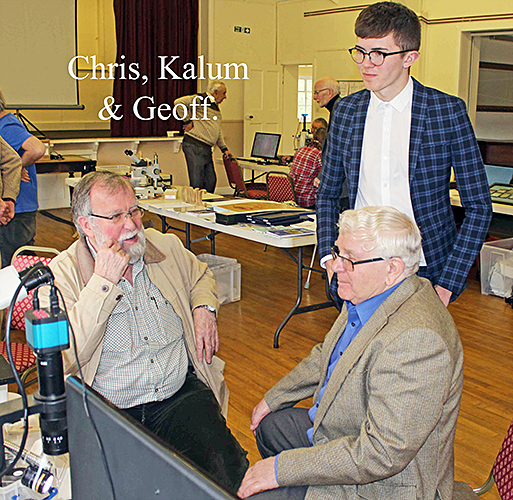 Nigel Williams showed a collection of lantern slides, varying from hydroids to a Temperance Society slide concerning the increase in heart rate per ounce of alcohol imbibed. 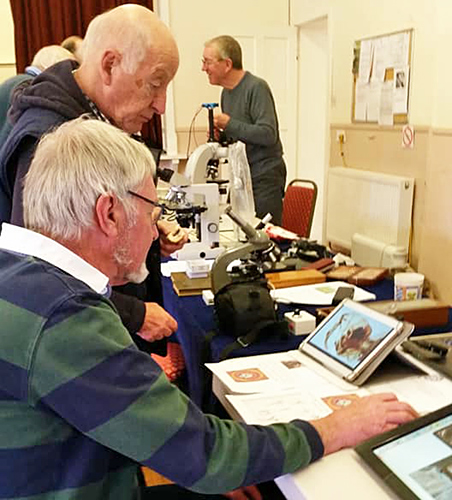 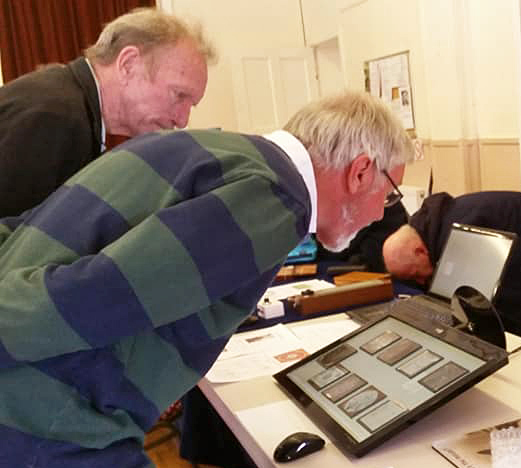 Nigel also displayed caddis larvae from Terry Hope’s stream. Unfortunately the very cold weather meant that the proliferation of copepods and other pond life, usually a feature of this meeting, had not developed in Terry’s pond this year. 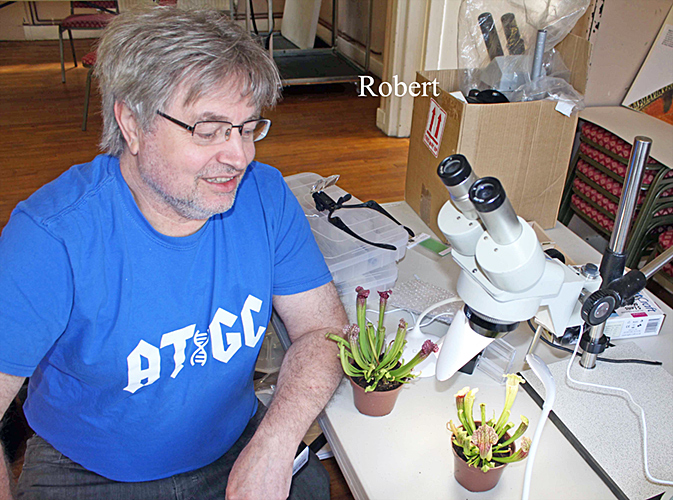 Robert Ratford with his exhibit

Robert also brought the Quekett Shop, with books, binders, ties and the Journal on USB drive for sale, and free copies of the Bulletin and the Journal.

Colin Kirk and Mike Samworth brought a selection of superb slides for sale at “Quekett rates”, or lower! 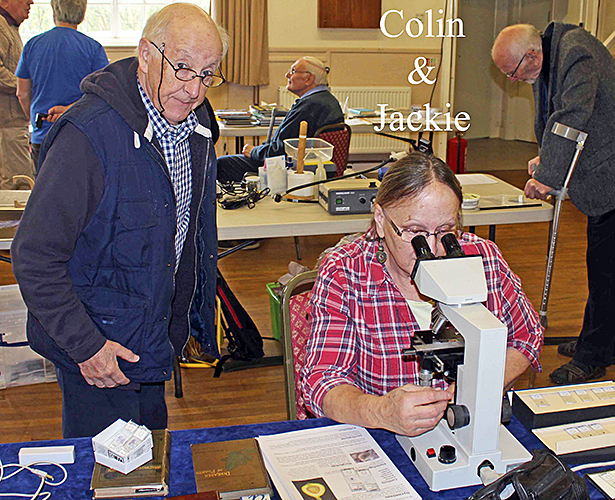 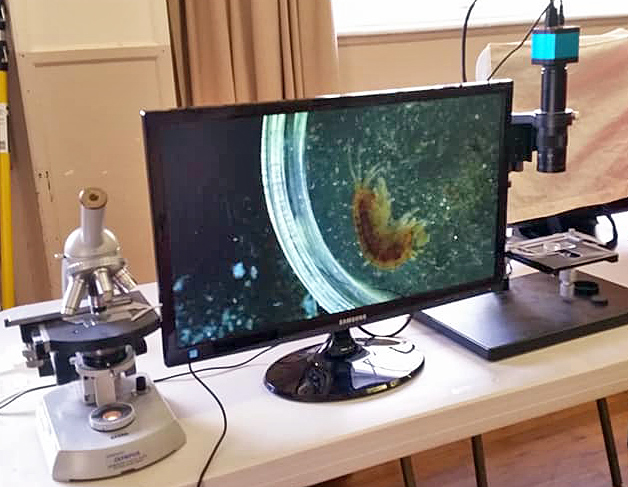 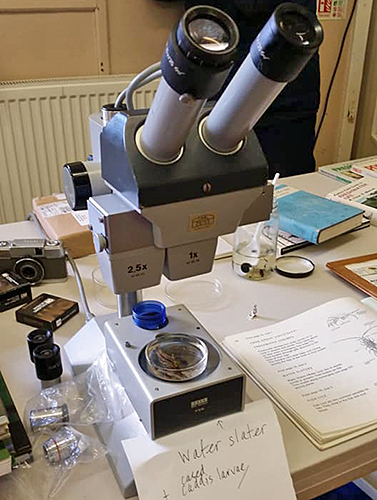 Gordon Brown demonstrated a Zeiss Universal converted to LED lighting and including a power supply for the 2K HD video camera on the trinocular tube. The camera directly outputs an HDMI signal so no computer is needed to display the image. The power supplies and control for the LED and the camera are built into the limb of the Universal and the lamp unit has been shortened by about 80 mm, giving a significantly reduced footprint on the desk. The right-hand side panel on the limb has been replaced with 3 mm black Perspex with all electronics and digital voltage/current display mounted on it, so the microscope could easily be restored to its original condition if required. 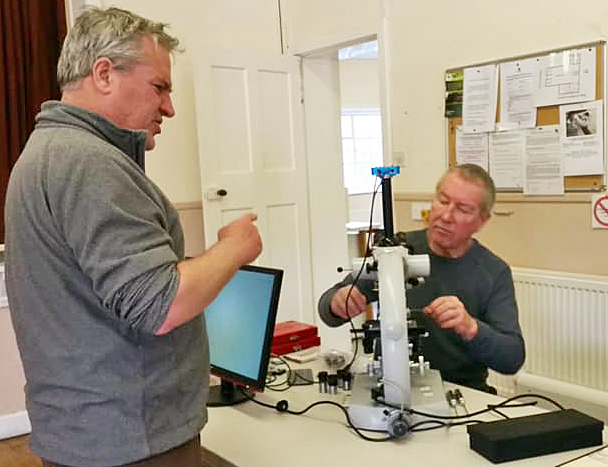 John Judson had some interesting equipment for sale, including 2 stereomicroscopes and a demonstration head. 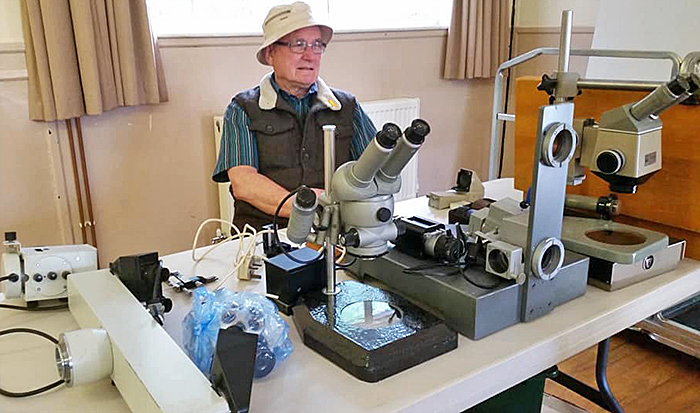 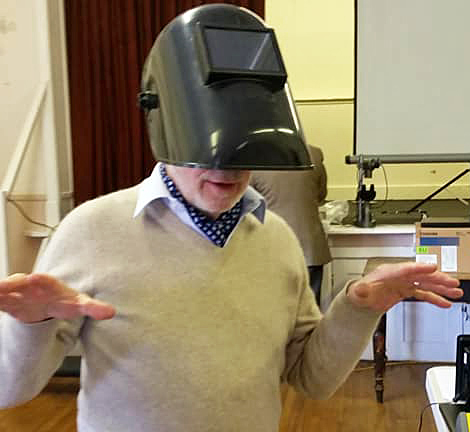 After a hearty soup and ploughman’s lunch the members were treated to 3 talks.  The talks were recorded, and we hope to make the videos available here. 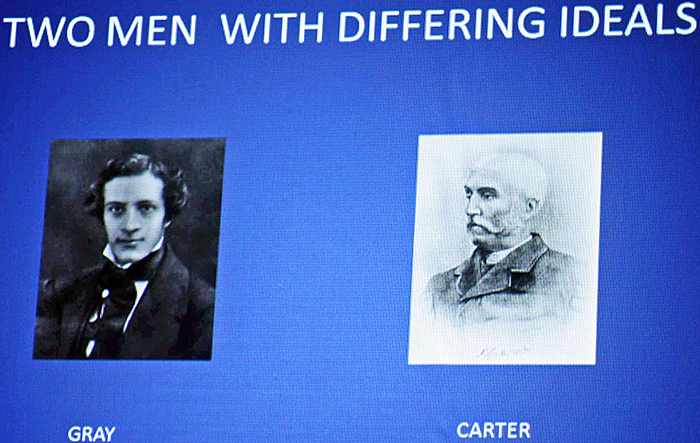 They were both students together, however Gray was from the wealthy aristocracy, but Carter was a severely impoverished man. It took him many months to save up to buy a simple microscope designed by John Quekett. 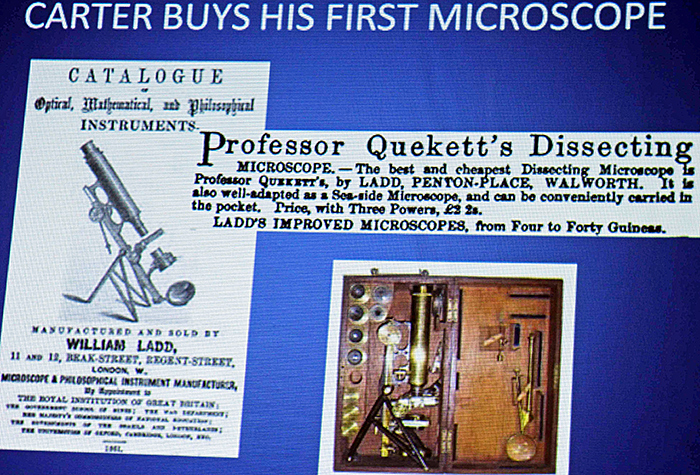 Carter was a superb anatomical artist, to whom Gray paid a pittance to illustrate Grays Anatomy. Such was Gray’s disdain for Carter, that when presented with the proofs for the first edition, Gray crossed off Carter’s name from the flyleaf, so that his skill was not acknowledged. The publisher included it in the second edition without consulting Gray, so the tribute was finally paid. In a strange quirk of fate, Gray died of smallpox at age 34, whereas Carter died of TB aged 67. To Gray’s credit, however, he caught the smallpox while caring for his nephew, who survived the disease. 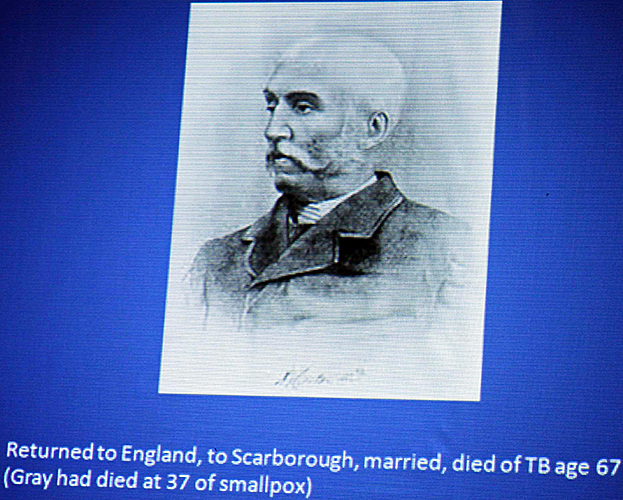 Bill Morris gave a light-hearted talk entitled “Micro-world – Lawn Lane”. Bill gives many talks to schools and local social groups on general natural history with emphasis on microscopy. This presentation showed sites such as his bird bath, greenhouse and kitchen, each of which could produce a talk in itself! Organisms varied from hornets to rapidly-moving slime mould escaping from a bell jar. 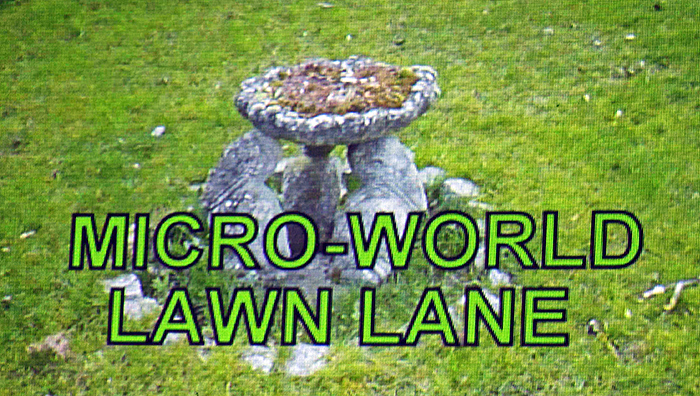 Finally Jacky McPherson chatted informally about extensive notes made by T. A. Wright in the PMS notebooks that accompany PMS slide boxes. He was particularly fascinated by collections and artefacts held by an elderly lady in a nearby herbalist shop. Jacky encouraged modern members to fill in the notebooks to include their microscopic and local environments as part of a social history.

When you receive your Quekett programme next year, do try to come to this meeting, it’s great fun!