The Big Bang event at Weston-super-Mare certainly went with a bang. The new venue, the Winter Gardens, was right on the seafront and so took the brunt of storm Hannah.

The schools day on Friday went well with more than 1000 schoolchildren arriving in waves. This was good as it meant we had children with similar ages visiting our display at any one time. The Club display was stationed between the Royal Microscopical Society and the Environment Agency. The theme was “What we do with microscopes” and focussed on studying ecology, investigating pollution and producing fascinating images.

Grenham Ireland brought his excellent set of self-modified microscopes to display live animals, always an attraction for children. He showed Hydra viridis (green due to symbiotic algae) and Paramecium caudatum (isolated and cultured by Ray Gibbs) discussing size, identification and their life cycles. 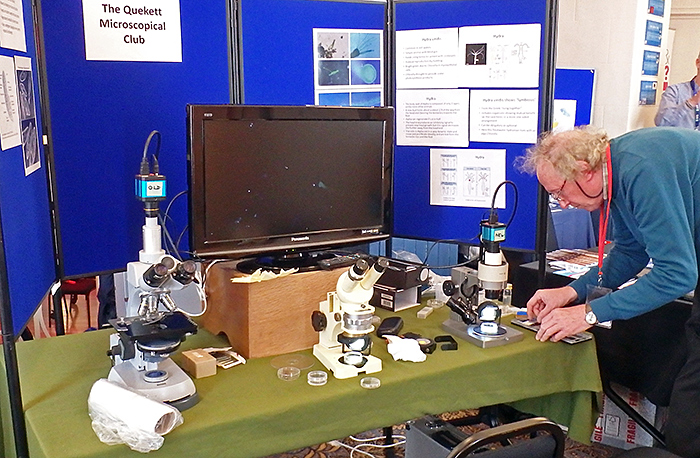 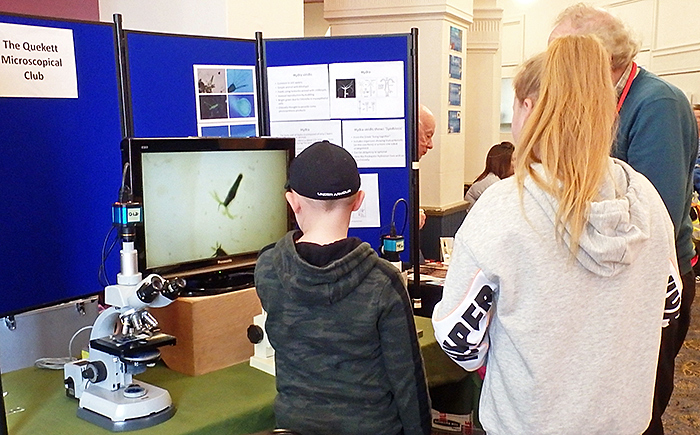 Joan Bingley showed the beauty of modest magnification with some of the things we see around us like flowers, leaves and sand. 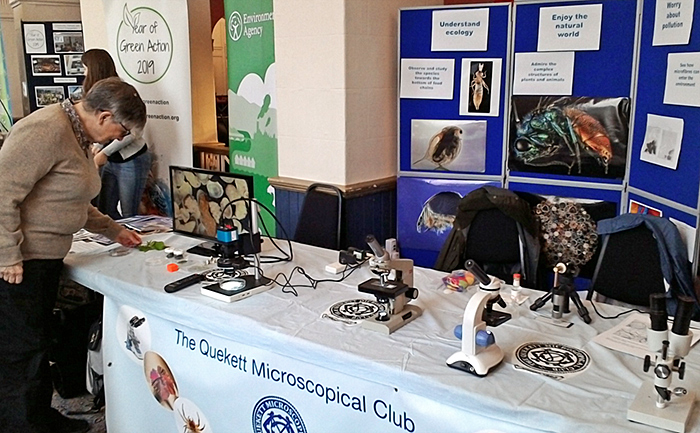 Joan Bingley on the Quekett stand 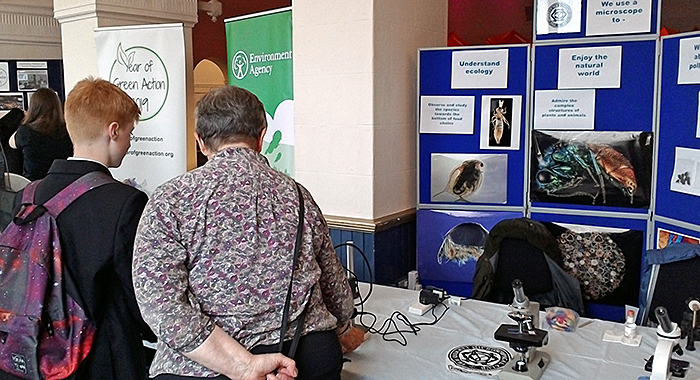 Joan Bingley with a schoolboy 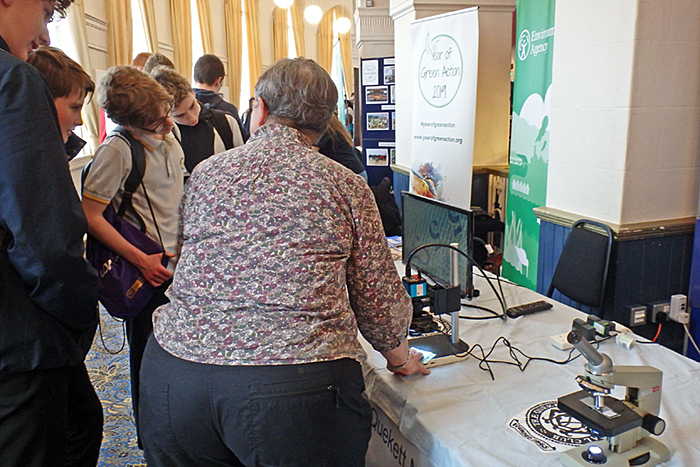 Pam Hamer linked in with the Environment Agency who were illustrating plastic pollution including microfibres in the water of rivers and the sea. She showed that the clothing we wear shed fibres both into the air and into the water when we wash them. The children could test the shedability of their clothing and examine the fibres to see which were readily degradable, cotton and wool, and which were not, polymeric fibres.

The Saturday was a family day and was even more busy with large items like a jet engine squeezed indoors instead of in an outside marquee as they had been removed due to the gale. Grenham’s cultures had survived overnight and he continued with the same demonstrations. Pam modified the other display, still showing the shedability of clothing but also providing magnifiers and a digital microscope to cater for the smaller children we get on family day. It was very hectic, when two or three children in one family all want to look down the same microscope at the same time you have to talk fast to divert at least two!

This is a very well attended event, a tribute to David and Madelaine Spears who instigated it a year ago. It provides a focus for people in the west country. 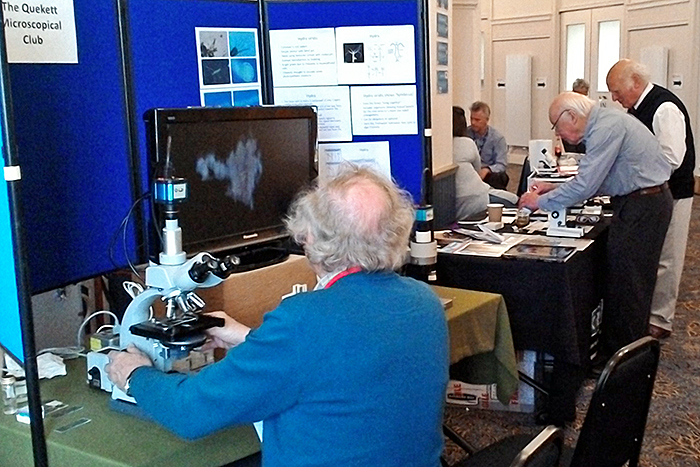 Grenham Ireland on the Quekett stand, with Peter Evennett and Chris Hammond on the RMS stand in the background 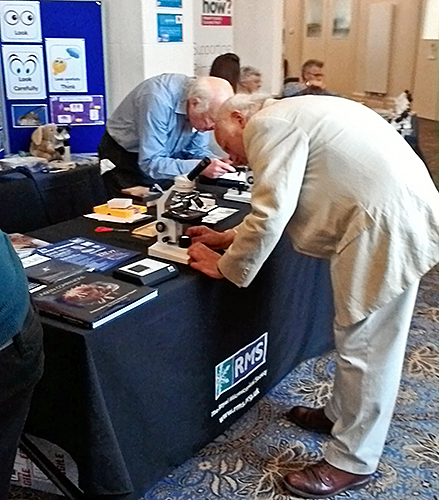 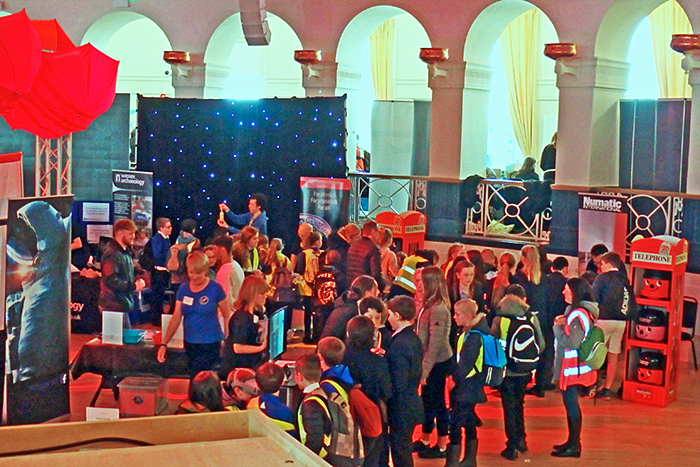 Other parts of the exhibition