This was our sixth visit to the Annual Exhibition of the British Entomological and Natural History Society, held for the sixth time in Conway Hall in London. Paul Smith and Alan Wood braved the rain and took their microscopes, slides and specimens and manned the Club’s stand as part of our microscopy outreach programme, to promote the use of microscopes to a hall full of entomologists.

Several visitors came by to look at their insects under Alan’s Olympus SZ4045 stereomicroscope and try to identify them, and during the day we had some long and interesting chats with visitors, about stereomicroscopes, digital microscopes, LED illuminators and making slides of spider bits. Several people were interested in the Club, and at least one had been to Microscopium, and we hope to see some of them at meetings in the near future. Quekett members including Lisa and Nigel Ashby, Andy King, Ken Merrifield and John Tolliday dropped by for a chat. 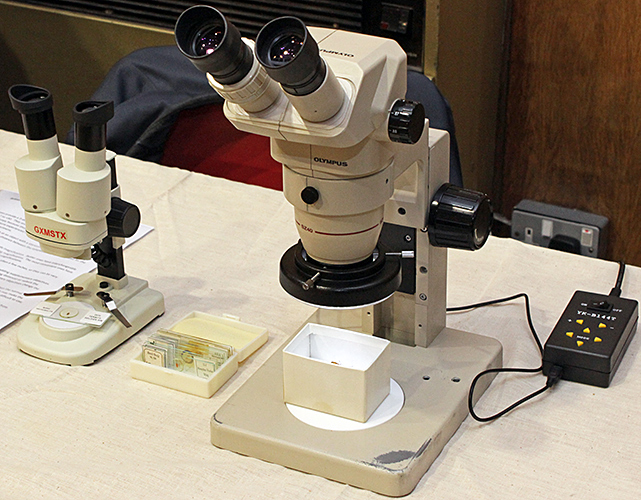 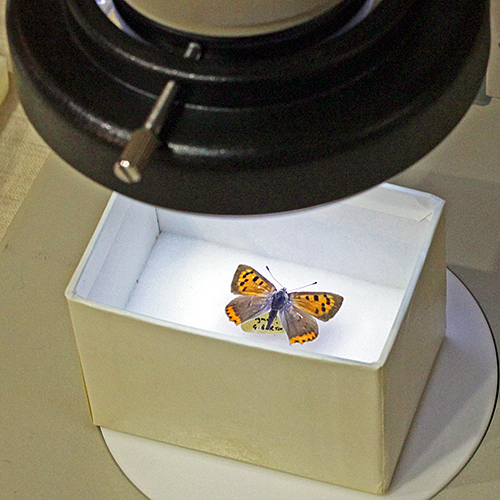 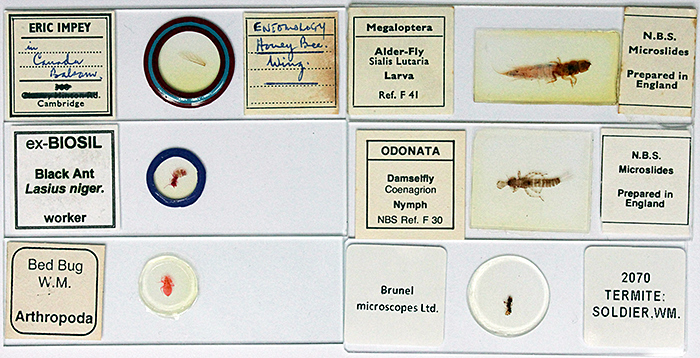 Paul Smith brought the same small 20× stereomicroscope but branded Nipon, a digital microscope with a small built-in screen (KKmoon Digital USB Microscope) lit by a pair of Ikea Jansjö LED USB lamps running from a power bank, some arthropods embedded in clear resin blocks, and some star sand from Okinawa. 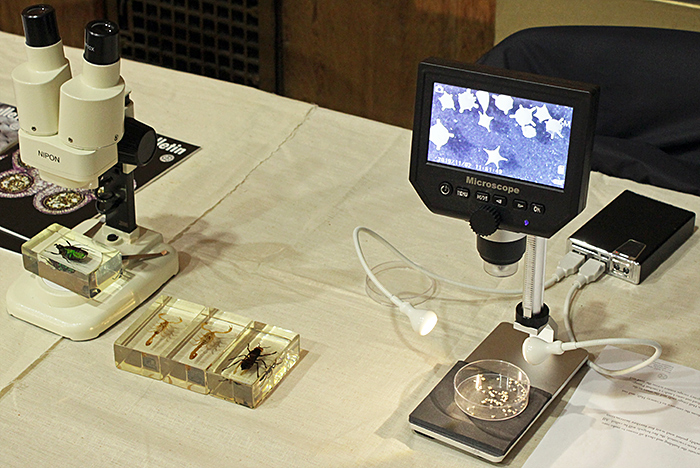 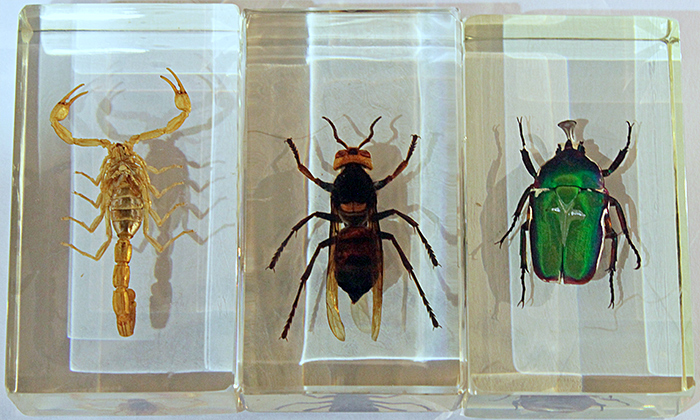 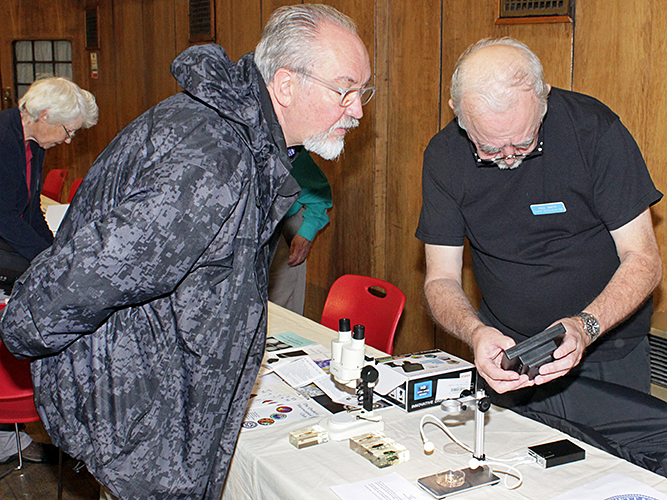 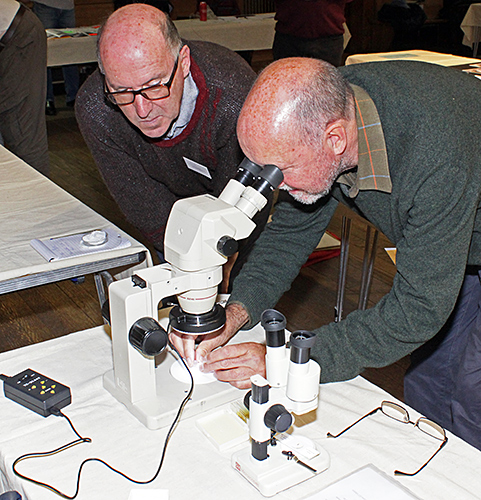 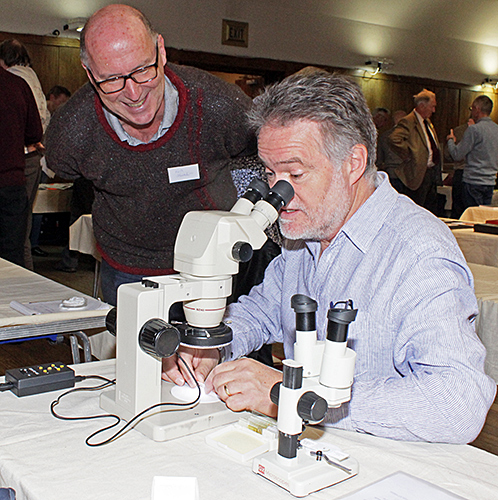 Most of the hall was filled with boxes of insects and photographs of insects, being examined and admired by a good crowd of entomologists, and there was lots of gossip too. 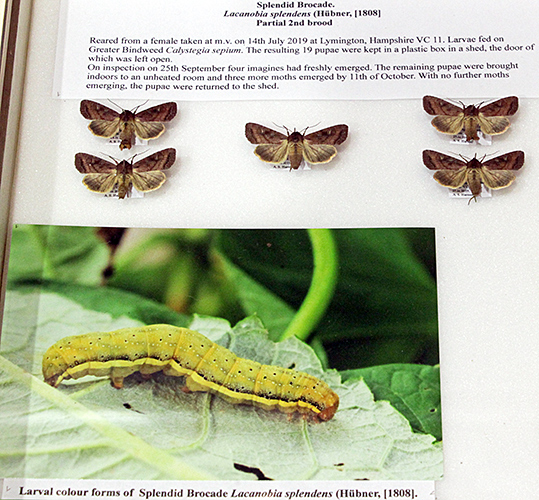 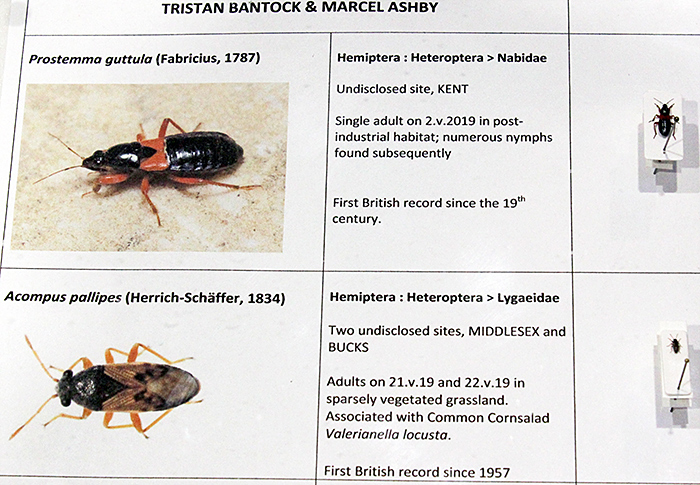 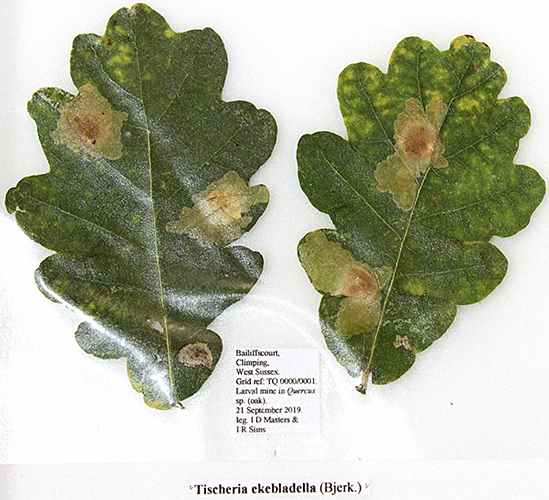 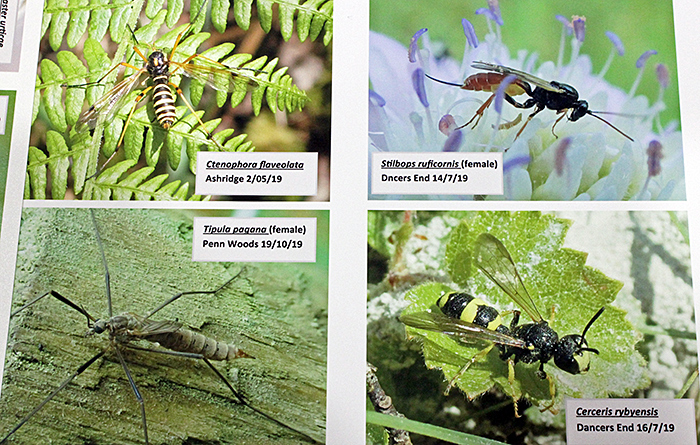 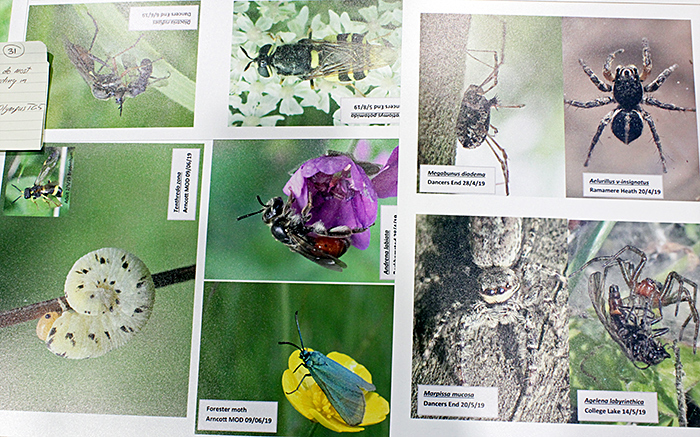 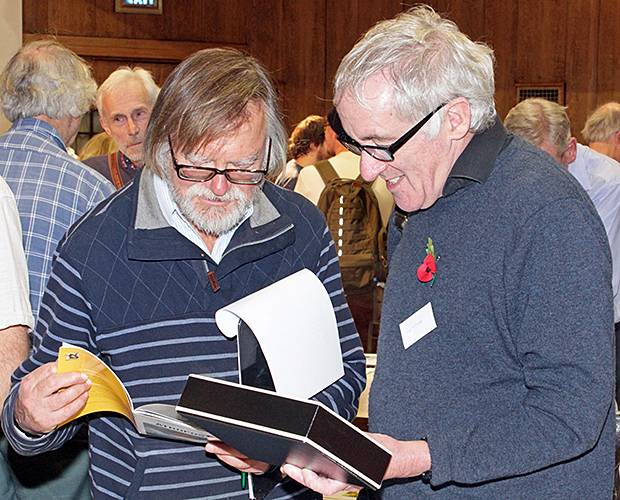 Entomologists with the exhibits 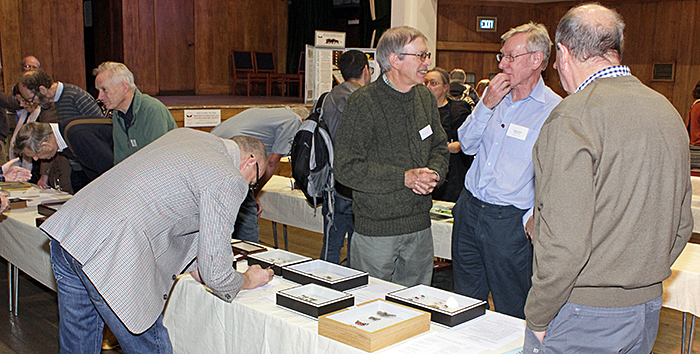 Entomologists with the exhibits

The Quekett was not the only organisation with a stand at the exhibition, there were some others around the sides of the hall.

Pemberley Books had a stand selling lots of new books on insects, and some second-hand books too. 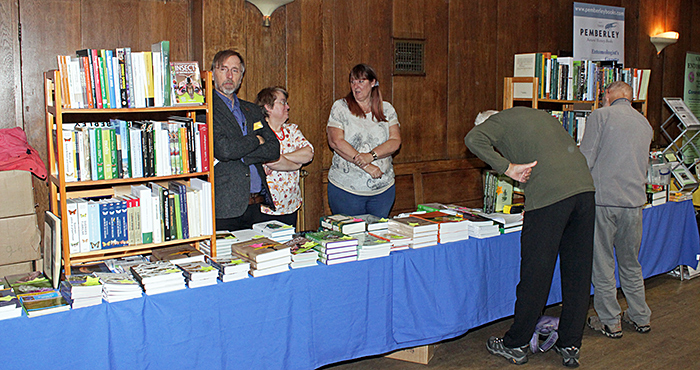 The Amateur Entomologists’ Society had a stand with some of their publications, manned by Dafydd Lewis. 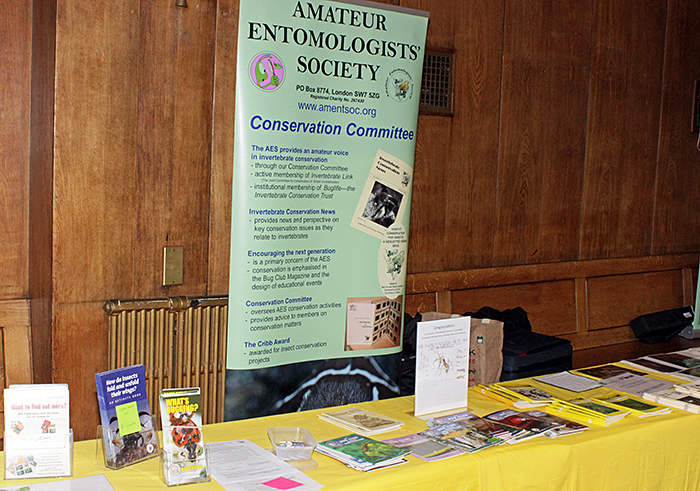 The British Myriapod and Isopod Group had a stand with a banner and some photographs. 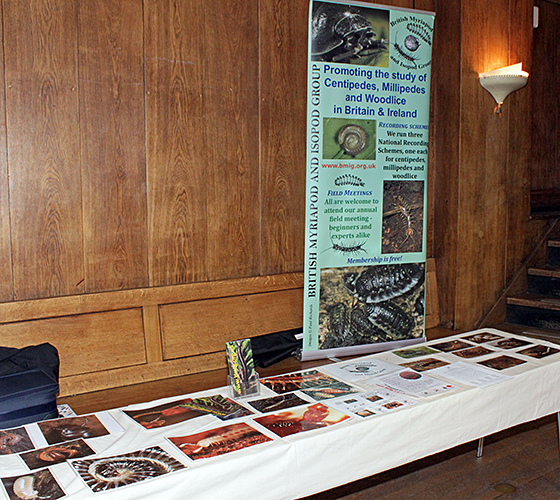 Butterfly Conservation had a stand where Les Evans-Hill was showing page proofs of the Atlas of Britain & Ireland’s Larger Moths, produced jointly with MothsIreland thanks to funding from National Lottery Heritage Fund. 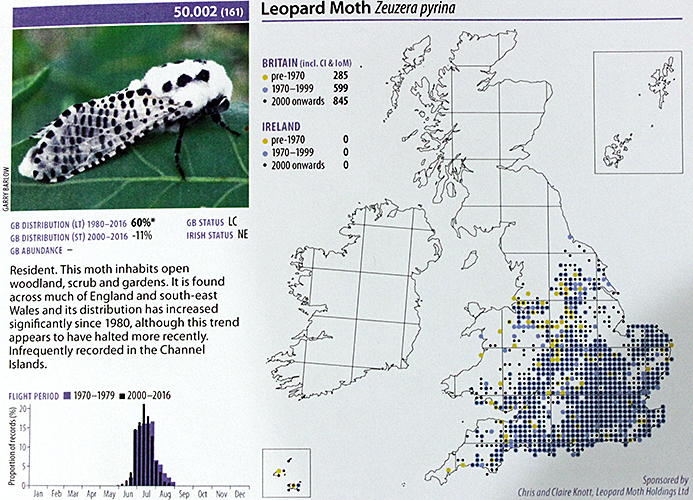 The London Natural History Society had a stand with their publications, newsletters and programmes, manned by Catherine Schmitt. 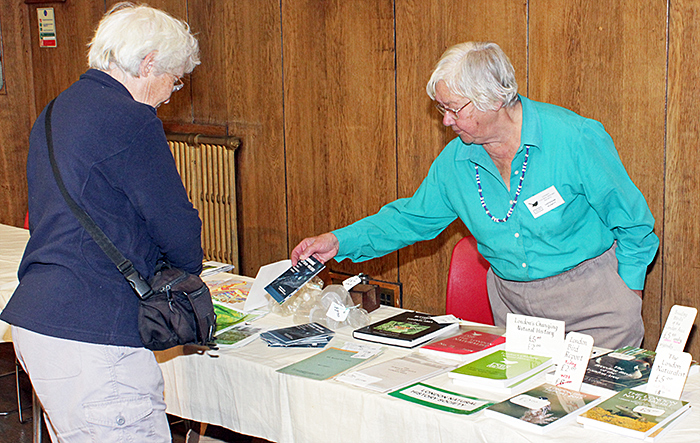 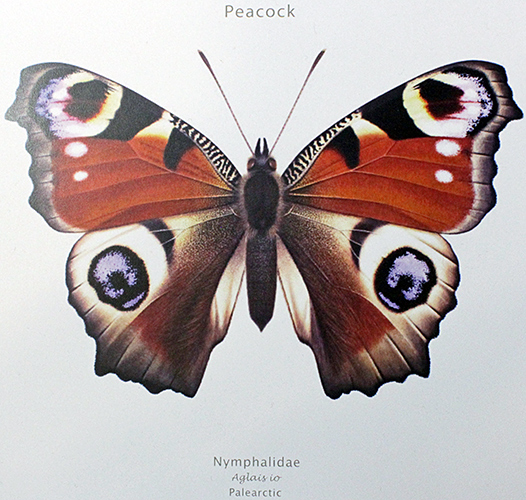 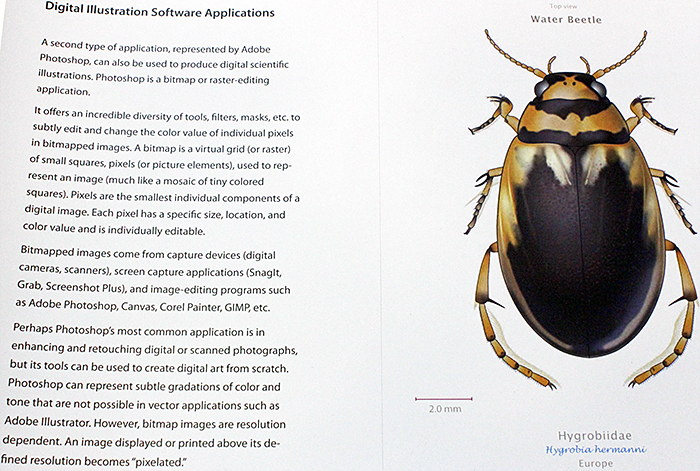 Atropos, the UK journal for butterfly, moth and dragonfly enthusiasts, also had a stand.

Our thanks to Rosemary Hill, Exhibition Secretary of the BENHS, for arranging a large table with an electricity supply for us. We hope to be back for the 2020 Annual Exhibition .